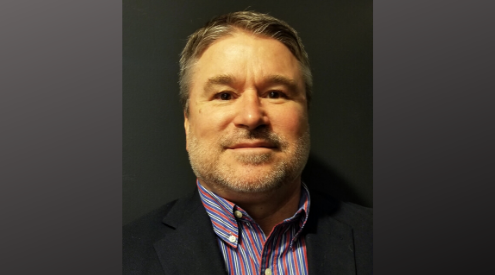 RESTON, Va. — The National Wildlife Federation honored Claude Jenkins, senior biologist with the Alabama Wildlife Federation, for his remarkable dedication to protecting wildlife habitat in the Southeast and inspiring the next generation of conservation leaders.

“It’s easy to talk about conservation, but Claude is a hands-on leader who goes out every day to conserve, manage, and protect wildlife,” said Collin O’Mara, president and CEO of the National Wildlife Federation. “Claude understands that if we want to affect positive outcomes for wildlife, private land habitat management and conservation is critical. Claude and his team empower landowners to make meaningful gains for wildlife and habitat — all of which directly contribute to the Federation’s fundamental goals.”

“Being a wildlife biologist requires more than just understanding science and applying ecological knowledge,” Jenkins said. “To be successful at conserving wildlife and wildlife habitat requires the willingness and ability to work with a diverse group of stakeholders in an effort to achieve conservation that meets the needs of wildlife and the needs of people.  I am very grateful for this recognition and will continue to work with great determination to conserve wildlife and wildlife habitat while inspiring the next generation of conservation leaders.”

The National Conservation Leadership Award honors individuals for their sustained conservation commitment and leadership. Jenkins was honored during the National Wildlife Federation’s annual meeting and 84th anniversary celebration, which was held for the first time as a virtual event this year.

Jenkins has led the Alabama Wildlife Federation’s Land Stewardship Assistance Program since its inception in 1999. In that 20-year history, by providing more than 1,000 high-quality, on-the-ground technical assists to private landowners informed wildlife habitat management recommendations on more than 500,000 acres.

Thanks to Jenkins’ efforts, the program has received funding from the National Fish and Wildlife Foundation for 12 consecutive years to support longleaf restoration. To date, Jenkins has helped to establish or improve more than 20,000 acres of longleaf pine on private lands in Alabama.

During this time, Jenkins has maintained his Certified Wildlife Biologist status and served as President of the Alabama Chapter of The Wildlife Society. He currently serves as the Chair of the Black Belt Prairie Restoration Initiative which spans both Alabama and Mississippi.