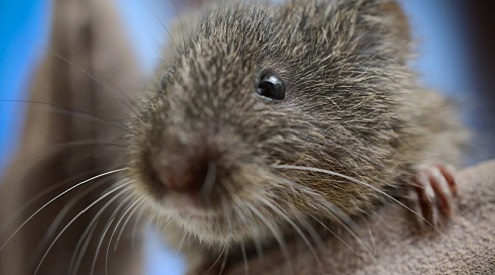 WASHINGTON, D.C. — The Trump administration’s latest environmental rollback spells uncertainty for the future of clean energy and public health. On the heels of a court mandate directing the Trump administration to restore Obama-era methane limits on public lands, the administration now seeks to eviscerate the previous EPA’s methane rule for new oil and gas facilities.

“Methane gas is a powerful climate super-pollutant, accelerating changes that are already imperiling vulnerable people and wildlife,” said Shannon Heyck-Williams, director of climate and energy policy at the National Wildlife Federation. “This move by Trump’s EPA is a leap backward and missed opportunity to put Americans back to work checking and improving existing infrastructure. The administration should reverse course and abandon these shortsighted actions that so clearly work against America’s clean energy future.”

“The methane rule rollback announced today is the latest in a series of reckless attempts by the Trump administration to undermine and eliminate safeguards that protect us and our environment from dangerous pollution,” said PennFuture President and CEO Jacquelyn Bonomo. “This is a rule that is protecting our environment at a time when the climate crisis is accelerating unabated, and at a time when more and more data reveal the harmful impacts of fracked gas activity on public health. Much of the industry itself supports these regulations, and some of the largest fossil fuel companies are on record asking for this rule to remain in place. But by eliminating these critical protections, the Trump administration is again showing that it puts pollution and corporate greed over the health of Pennsylvanians and our environment.”

The EPA Methane Rule rollback is the latest in a series of attacks on environmental laws. Last month the Trump administration finalized changes to the National Environmental Policy Act, risking devastating impacts for both people and wildlife. In April the administration severely undercut the Mercury and Air Toxics Standard, weakening commonsense regulations for a proven neurotoxin. And in March the administration proposed a “Secret Science” rule which would broadly restrict science from the regulatory decision-making process, excluding high-quality peer-reviewed and validly published studies. These examples reflect the administration’s broad attempts to undermine science, limit environmental review, and weaken protections for public health and wildlife.