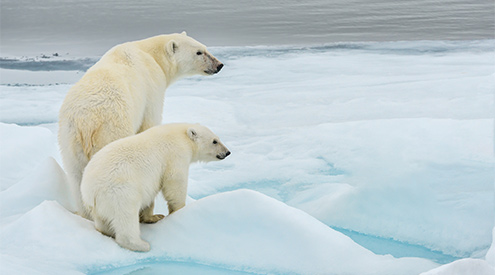 WASHINGTON, D.C. — The Department of Interior’s decision to proceed with opening up the “crown jewel” of the nation’s wildlife refuge system to oil and gas development is a threat to iconic arctic wildlife and to the indigenous communities that depend on this pristine land. The release of the administration’s finalized plans to allow drilling in the Arctic National Wildlife Refuge reverses more than five decades of protections for one of the last wild places in our nation.

“Polar bears, caribou, musk ox and waterfowl depend on the unspoiled habitat of the Arctic National Wildlife Refuge for their survival. Opening up this pristine landscape for oil and gas drilling ignores the sound science of the federal government’s top wildlife biologists,” said Collin O’Mara, president and CEO of the National Wildlife Federation. “Since it’s clear this administration refuses to follow the law and silences its leading scientists, we will see them in court to stop this reckless decision.”

Scores of scientific studies in the arctic have shown that drilling in this region would have a devastating effect on wildlife populations and would exacerbate climate change, but the administration ignored those studies for its environmental review. A poll conducted last fall by Yale University showed that two-thirds of Americans are opposed to oil and gas development because of the environmental damage it would cause.

Located in the northeast corner of Alaska, the 19.6-million-acre Arctic National Wildlife Refuge was established 60 years ago is home to more than 200 bird species, which migrate to the refuge to breed in the summer. As many as 300,000 snow geese visit the coastal plain each fall to feed on the tundra.