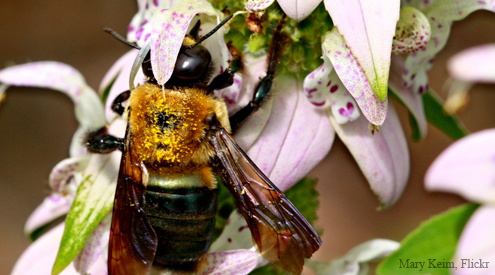 LOS ANGELES — The city of Los Angeles has entered into a new partnership with the National Wildlife Federation’s Community Wildlife Habitat™ program to become a healthier, greener, and more wildlife-friendly city. The collaboration will engage Los Angeles in the creation of wildlife habitat throughout its communities, while also educating and engaging residents in the importance of wildlife habitats as spaces in which local species can thrive.

“We’re excited to be able to announce during our 5th annual P-22 Day Festival & International Urban Wildlife Week that the second largest city in the nation is affirming their commitment to the wild world by joining the Federation’s Community Wildlife Habitat program. From coexisting with its famous mountain lion resident, to leading the way with its Wildlife Pilot Study, to signing the Mayors’ Monarch pledge, Los Angeles continues to be a good neighbor to wildlife,” said Beth Pratt, California regional executive director for the National Wildlife Federation.

“By joining the National Wildlife Federation’s Community Wildlife Habitat program, Los Angeles — as the largest city to enroll — is sending a clear and powerful message to communities and major cities all over America, that when we work together, we can create healthy habitats and make a positive impact in our community and beyond,” said Patrick Fitzgerald, senior director of community wildlife.

The city’s registration in the Community Wildlife Habitat program reflects Los Angeles’ commitment to enhancing biodiversity and supporting wildlife conservation. Under Mayor Eric Garcetti’s leadership, Los Angeles has expanded its sustainability initiatives in recent years. This includes the work of the Los Angeles Department of Sanitation and Environment, the department leading the city’s Community Wildlife Habitat work. The department has spearheaded many conservation efforts to meet sustainability goals, such as the creation of a customized measurement tool to understand the state of the city’s biodiversity.

"LA Sanitation and Environment (LASAN) is very excited to be a part of the National Wildlife Federation's Community Wildlife Habitat Program. Our city is fortunate to be located within a globally recognized hotspot of native biodiversity, one of only three US cities with this designation. Los Angeles County is home to over 4,000 species of plants and animals, but unfortunately over 50 of these species are listed as endangered. We hope that our participation in the NWF program will raise the profile of biodiversity in the City and spur residents, businesses, and schools across the City to turn their yards and campuses into havens for local flora and fauna to not only maintain the biodiversity in our urban environment, but to enhance it," said Enrique Zaldivar, director and general manager of LA Sanitation and Environment.

Since 1973, the National Wildlife Federation has provided millions of people with the basic guidelines for making their landscapes more hospitable for wildlife. To date, through the Certified Wildlife Habitat™ program, the National Wildlife Federation has certified more than 250,000 sites including yards, schools, businesses, community gardens, parks, and places of worship. Each of these sites provides the four basic elements that all wildlife need to thrive: food, water, cover and places to raise young, while integrating sustainable gardening and landscaping practices.

To become certified as a National Wildlife Federation Community Wildlife Habitat™, Los Angeles is calling on its residents to certify their own property at NWF.org/Certify and join our education and outreach efforts to learn about how residents can create a healthier, greener and more wildlife-friendly community.

The 5th annual P-22 Day & International Urban Wildlife Festival was held on October 24. The line-up of very special guests for the festival included a performance by the Grammy-nominated band Black Pumas — and featured appearances by California Governor Gavin Newsom, Congressman Adam Schiff, Animal’s Planet’s John “Griff” Griffith, Once Upon A Time in Hollywood actress, Julia Butters among others. To learn more about the #SaveTheCougars campaign and its efforts to build a wildlife crossing at Liberty Canyon in the Los Angeles area, visit https://savelacougars.org/