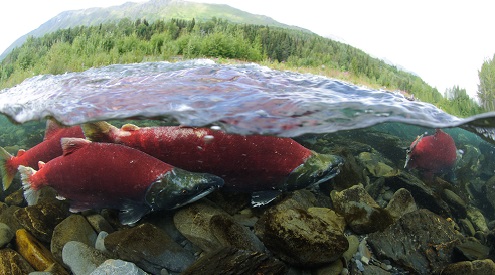 “This bold plan is a turning point in the national conversation about dams and their impacts on our rivers and wildlife,” said Tom France, Northwest regional executive director for the National Wildlife Federation. “This is a monumental opportunity not only to recover salmon, but also to right a historic wrong.”

The salmon runs of the Klamath River, which were once the third largest in the nation, are now in significant decline. Once completed, this will be the largest dam demolition in U.S. history, and will dramatically increase salmon numbers, providing lasting benefits to Klamath Basin communities, particularly the Karuk and Yuruk tribes.

“The Klamath dam agreement demonstrates what we can do when we work together to solve complex challenges,” said Howard Penn, executive director of the Planning and Conservation League, based in California. “By restoring the river, we are taking an important step toward bringing back salmon and honoring the tribal communities that depend on them.”