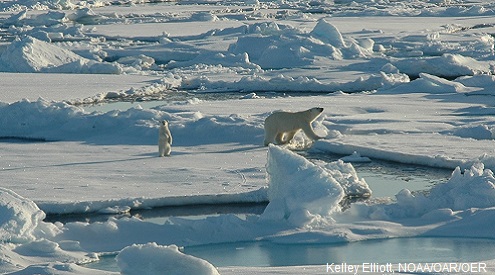 WASHINGTON, D.C. — As the dual threats of climate change and unemployment jeopardize the livelihoods of millions of Americans, Congress has taken an important step toward confronting climate change and creating clean energy jobs. The measures, included in a spending bill that will fund the federal government for the rest of the fiscal year, include a suite of investments in renewable energy research, development, and deployment, short-term extensions of several key clean energy tax incentives, and a bipartisan compromise on phasing down the use of hydrofluorocarbons — highly potent greenhouse gases.

“Today’s bipartisan agreement includes several important down-payments that will accelerate our adoption of cleaner sources of energy, but there is much more work to do to revitalize frontline communities and boost wages for energy workers,” said Collin O’Mara, president and CEO of the National Wildlife Federation. “We applaud Senate and House leadership, especially Senators Murkowski and Manchin and Rep. Pallone who forged a bipartisan energy package of climate mitigation measures — including investments in renewable energy, battery storage, energy efficiency programs for homes and businesses, and carbon capture, utilization and storage. Thank you, too, to Speaker Pelosi, Senate Minority Leader Schumer, and House Majority Leader Hoyer for working to include key clean-energy tax incentives in the bill. We also praise the bipartisan compromise to phase down hydrofluorocarbons, as negotiated by Senators Carper, Kennedy, and Barrasso, as a major win. Each of these provisions are needed to meet our mid-century climate goals, ensure cleaner air for communities that bear the brunt of hazardous pollution, and reduce energy bills for many families.

“At the same time, we are disappointed that investments to revitalize frontline communities and provisions to support higher wages for energy workers and ensure basic labor standards fell out of the final package — and we’re committed to working with Congress and President-elect Biden to ensure that, as we build back better, clean energy jobs are good jobs for hardworking Americans.”