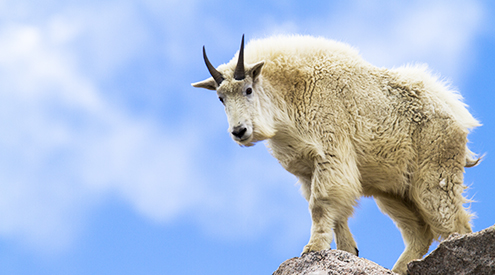 “What better way to put millions of Americans to work and build back better than by restoring our forests, grasslands, wetlands, and coastal areas to bolster resilience, sequester carbon, and recover imperiled wildlife populations through a revitalized 21st century Civilian Conservation Corps and a commitment to restore 30 percent of our lands and waters by 2030?” said Collin O’Mara, president and CEO of the National Wildlife Federation. “We applaud the Biden Administration for advancing solutions that will accelerate our economic recovery and revitalize frontline communities, while simultaneously confronting our nation’s biodiversity, climate, and racial justice crises.”

The momentous orders make pivotal changes to how the nation will prioritize job creation and climate policy, while laying the foundation for federal agencies to restore common-sense public health and climate regulations. The orders include a framework for a new Civilian Conservation Corps, which could put millions of Americans back to work restoring the nation’s natural resources, promoting climate resilience, and improving public and private lands, as well as a national commitment to conserve and restore 30 percent of all lands and waters by 2030.

The president’s actions also reverse decisions by the previous administration to minimize or sideline sound science in federal decision-making.

“Science should be at the center of every action our leaders take to combat the challenges wildlife and people face today,” said Dr. Bruce Stein, chief scientist at the National Wildlife Federation. “These executive actions not only reaffirm the critical role evidence-based decision-making should play, but also that the Biden Administration will heed the advice of experts.”

The National Wildlife Federation has pledged to support the president’s executive orders by finding new ways to collaborate around on-the-ground restoration and conservation efforts in local communities. The organization also pledged to redouble its efforts to pass the bipartisan Recovering America’s Wildlife Act as well as a $150 billion investment in restoration priorities as part of the president’s Build Back Better infrastructure package that also addresses the climate crisis.