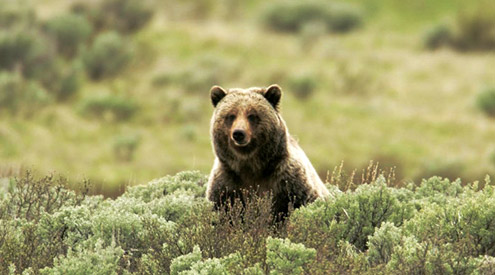 Helena, Mont. –  A slew of recent bills in Montana’s legislature threatens the future of wolves, bears and bison in the state and for the first time, would privatize the state’s wildlife. In a departure from science-based conservation, the proposed bills rely on politically-driven wildlife management and would inhibit the sovereignty of Tribes working to actively advance bison restoration.

“Montana boasts some of the nation’s most iconic species and has long been known throughout the West as a leader in public lands and science-based management of the public’s wildlife. We are at a pivotal point. With one-third of wildlife at risk of extinction, now is not the time to undermine wildlife protections,” said Collin O’Mara, president and CEO of the National Wildlife Federation. “If these bills become law, they would be a stain upon Montana’s conservation legacy. We need to lead with science-based wildlife management and rely on Indigenous expertise to guide us.”

“Access to bison for federally recognized Tribes is a treaty right and the federal government has trust responsibility to those seeking to restore bison for nutritional, traditional and cultural values. Yet hundreds of buffalo are still sent to slaughter at Yellowstone, even though Tribes like the Fort Peck Assiniboine and Sioux have successfully treated and tested for disease-free certification,” said Jason Baldes, Tribal buffalo program manager for the National Wildlife Federation. “It is time for buffalo to not only be restored to tribal lands, but also its rightful place on the landscape. If this legislation were to become law it would be violation of the government’s responsibility to Tribes and hinder our ability to restore bison to their rightful homes.”

“The Montana legislature is headed down a path of anti-wildlife and anti-conservation. From unlimited wolf tags, hunting at night with spotlights, and grizzly bear bills that limit species protection, to elk management bills that verge on the privatization of wildlife, this proposed legislation would be deeply harmful to decades of conservation work,” said Kit Fischer, director of wildlife programs at the National Wildlife Federation Northern Rockies, Prairies and Pacific Regional Center. “Montana has a long, proud history of species restoration and professional wildlife management, but what we’re seeing right now is a radical departure that could have significant effects on our future.”

The proposed legislation would: