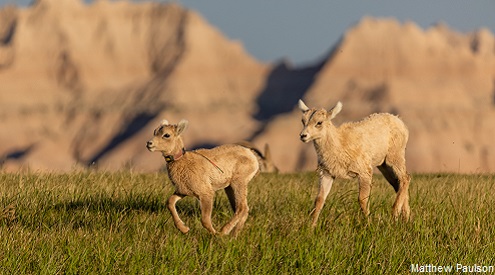 DENVER, COLO. — A new report issued by the National Wildlife Federation and Public Land Solutions outlines how inactive oil and gas wells on federal lands in five Western states pose serious threats to wildlife, outdoor recreation, and rural economies. The report identified 8,050 inactive wells in Colorado, Montana, New Mexico, Utah, and Wyoming that are either orphaned or at risk of being orphaned, and could cost well over $1 billion to clean up. Often these costs are paid by taxpayers after energy companies declare bankruptcy. Wells which are unplugged or improperly plugged can leak methane and pollute ground water.

“The results of this report demonstrate why it is critical that both the Biden administration and Congress need to reform the bonding system so that taxpayers aren’t left on the hook to pay for the environmental messes that oil and gas companies leave behind,” said Mary Greene, public lands attorney at the National Wildlife Federation. “Abandoned, orphaned, and non-producing wells put our public lands, wildlife populations, clean air and drinking water at serious risk. It’s time that energy companies pay adequate bonding rates so that these toxic wells are properly capped and the surrounding lands can be restored.”

“This report clearly reveals that at-risk oil and gas wells negatively impact other multiple uses of public land such as outdoor recreation, which is a key building block for many communities looking to evolve from resource extraction and towards year-round economies with diverse economic drivers,” said Jason Keith, managing director of Public Land Solutions. “Healthy landscapes are needed for transitioning communities to invest in their public lands and attract quality of life recruits such as businesses, remote workers, entrepreneurs, professionals and retirees who bring revenue streams and jobs. The current oil and gas leasing system and the presence of all these orphaned and at-risk wells is undermining this transition and making it more difficult for communities to diversify their economies.”

Because the report focuses on long-term inactive wells – those that haven’t produced oil or gas in at least five years – the costs and threats it identifies are likely just the tip of the iceberg. There are likely thousands of additional low or non-producing wells on federal lands that could very well become orphaned in the near future; for instance, in New Mexico alone, there are currently over 2,500 wells on federal lands that haven’t produced in at least one year.

Earlier this month, Rep. Alan Lowenthal (D-Calif.) introduced the Bonding Reform and Taxpayer Protection Act which will ensure that all wells are properly reclaimed and that taxpayers aren’t responsible for the costs. Last year, Sen. Michael Bennet (D-Colo.) introduced similar legislation in the Senate. The Department of Interior is also expected to consider bonding reform as part of its overall review of the oil and gas leasing system.