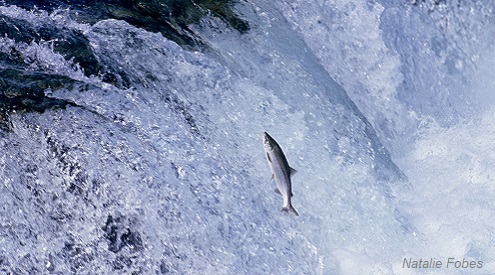 “We know that restoring the Columbia River Basin is an idea whose time has arrived when one of the most conservative members of Congress joins forces with one of the most progressive to revitalize the regional economy and save wild salmon,” said Collin O’Mara, president and CEO of the National Wildlife Federation. “We applaud Rep. Blumenauer for teaming up with Rep. Simpson to forge a comprehensive, bipartisan solution and we urge Congress and the Biden administration to prioritize this critical investment for Northwest communities.”

"Congressman Blumenauer has been a long-time advocate for meaningful salmon recovery,” said Chris Hager, executive director, Association of Northwest Steelheaders. “We are excited to see him join Rep. Simpson and show momentum for a truly bipartisan effort that will provide thousands of jobs, protect our multi-billion-dollar fishing economy, and ensure future Oregonians are able to fish for salmon. We hope other regional delegates step forward to move this historic opportunity forward."