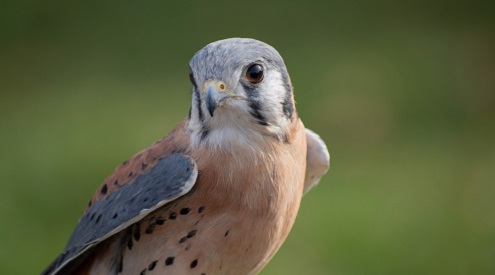 Hartford, Conn. — Conservationists are increasingly hopeful that a bipartisan bill aimed at helping at-risk wildlife will pass the Senate and be signed into law in the coming weeks.

The Recovering America’s Wildlife Act, which passed the House with a bipartisan vote in June, would dedicate $1.4 billion annually to locally-led efforts to help at-risk wildlife species nationwide. In Connecticut, this would mean almost $12 million per year to support the Connecticut Department of Energy & Environmental Protection’s efforts to implement its Wildlife Action Plan, which identifies 565 priority species, such as the New England Cottontail, piping plover, and wood turtle.

“This is the most important piece of wildlife legislation we’ve seen in fifty years,” said Eric Hammerling, Executive Director of the Connecticut Forest & Park Association. “The nation’s wildlife are in crisis and this bill will address the problem at scale, while there is still time to make a difference.”

“Saving the thousands of at-risk wildlife species will require bold, bipartisan leadership and unprecedented collaboration,” said Collin O’Mara, president and CEO of the National Wildlife Federation. “We are so grateful Senators Murphy and Blumenthal are supportive of the historic Recovering America’s Wildlife Act, a bill that will save species and create jobs in Connecticut and all across the country.”

The 574 federally-recognized tribal nations, including the Mashantucket Pequot Tribe and the Mohegan Tribe, would share $97.5 million annually to fund wildlife conservation efforts on the lands they manage.

“Wildlife conservation is an issue that unites all Americans. We hope the Senate will act soon on this commonsense, cost-effective bill and help get it across the finish line,” said Hammerling.