As water supplies dwindle in many areas and temperatures heat up, homeowners can take steps this summer to help protect their yards from harsh climate conditions 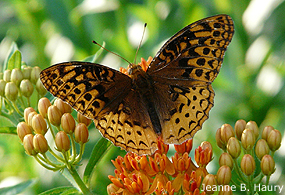 THE DAYS OF REGULARLY hauling out the hose to douse your garden are over, even in regions that once were considered water rich. According to several scientific projections, the parched conditions now occurring in the Southeast and other drought-stricken regions of the country are likely to spread as the effects of global warming take hold. Fortunately, you can take a number of sensible steps in your garden to conserve dwindling water supplies and insulate your yard from an increasingly harsh and unpredictable climate—and lower your water bills in the process. This summer, consider the following:

1. Work compost into the soil around your plants. This increases the soil’s capacity to hold water. Paradoxically, it also provides an antidote for another potential consequence of climate change: increasingly heavy downpours. Climate watchers warning of growing drought conditions also are predicting heavier rains, coming in less frequent storms, in some regions. By promoting water percolation through the soil, compost prevents puddles that can rot plant roots.

2. Mulch your plantings. A 2- to 3-inch layer of organic mulch, such as shredded leaves or bark placed on bare ground, shades the soil and slows evaporation. As a bonus, it makes the soil more drought resistant as it breaks down.

3. Choose plants that tolerate drought and a wide range of temperatures. Plants that are native to particular regions require less moisture and can help make life easier for stressed wildlife. For example, plants with long taproots, such as butterfly weed (above), can get through periods of drought with little or no supplemental water. Also consider hardy native shrubs such as amelanchiers (also known as serviceberry or Juneberry), which are found across several geographic regions and produce berries beloved by birds.

4. Minimize and drought-proof your container plantings. These dry out quickly and require much more water than gardens growing in the ground. Put drought-tolerant native plants in your pots.

5. Cut down on mowing and fertilizing. Mowing causes water loss. Mow during the coolest part of the day, and leave the clippings on the ground. Also raise the height of your mower, because taller grass shades the soil, reducing water loss.

6. Let your lawn go dormant. Most turfgrasses are adapted to summer drought. When they turn a nice buff brown, they aren’t dead but rather have sent their water reserves down to the roots for safekeeping. Given a bare minimum of water, your lawn will green up again when temperatures cool. Also consider shrinking the size of your lawn and replacing it with a rock garden or a native wildflower meadow, which will require little water after its young plants are established and provide food and cover for wildlife.

7. Use water-conserving equipment. Watering cans, soaker hoses and drip systems minimize evaporation by sending water directly to the soil instead of spraying it into the air. Consider connecting your downspouts to rain barrels to collect water for irrigation. (Check local ordinances for possible restrictions.)

8. Water your plants early in the morning. Water doesn’t evaporate as readily in cooler morning temperatures as it does in the heat of the afternoon. Evenings are cool, too, but water sitting on leaves overnight can cause fungal diseases.

10. Put off major planting projects until after severe droughts. Newly established plants tend to require a lot of irrigation.

New York journalist and horticulturist Janet Marinelli wrote about attracting nocturnal animals to a yard in the April/May 2008 issue of National Wildlife.