Lessons from Another Oil Spill 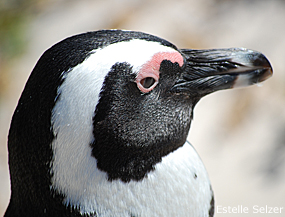 A KEY BIOLOGICAL question from the gulf oil disaster is how it will affect oiled wildlife in the long run. Data that biologists have gathered from penguins off South Africa may help to forecast the future for gulf birds.

A decade ago last June, 1,300 tons of oil from the sunken bulk ore carrier MV Treasure menaced two of the principal breeding colonies of the African, or jackass, penguin, an imperiled species that lives off the South Africa coast, where it feeds primarily on fish. A thousand volunteers a day toiled for more than three months to save the birds. With more than 19,000 penguins slathered with oil at Robben Island, and the rescue’s resources already massively strained, the slick slouched toward Dassen Island, home to a breeding colony of 50,000 more of the seabirds. Volunteers rounded up Dassen’s 19,500 at-risk penguins and carted them in trucks some 500 miles away, releasing them to make their way back by water.

The gamble succeeded brilliantly. By the time the homing penguins arrived—a process that took individual birds from 10 days to about three weeks—the fouled beaches had been scoured almost clean with wire brushes and other equipment. The months of rehabilitation at facilities run in Cape Town by the Southern African Foundation for the Conservation of Coastal Birds proved successful—more than 90 percent of the victims survived.

Researchers have been monitoring intensively the survivors of the Treasure spill and other spills in oil-plagued South African waters. Years of work have established that for this penguin, even over the long haul, de-oiled birds “have similar survival prospects to birds that have never been oiled,” according to expert Anton Wolfaardt author of The Conservation Value of Cleaning Oiled African Penguins. However, Wolfaardt, says, “We don’t want to try and pretend that these birds are as good and as healthy as never-oiled birds . . . our results don’t support that.”

For survivors restored to breeding populations, oiling can have a measurable impact in later years. Wolfaardt’s study found de-oiled birds’ long-term reproductive success to be 11 percent lower than that of their non-oiled cohorts, with the impacts materializing primarily during the demanding chick-rearing and fledging stages, when survivors apparently struggle to bring home enough food. Similarly, average fledging success for de-oiled Treasure penguins from Robben Island tracked for the five years immediately following the disaster was 18 percent lower than for the control group of penguins, including evacuees.

Some de-oiled penguins—26 percent in Wolfaardt’s 10-year study of a 1994 spill at Dassen Island—apparently are rendered permanently incapable of breeding. “We don’t know the reason why,” he says. “It could be that they were very heavily oiled birds, and they had ingested so much oil by the time they were caught that that contamination affected their reproductive organs or the circulation of reproductive hormones in some way that effectively sterilized them.”

Studies suggest that some survivors may recover their reproductive fitness over time. More research might clarify how the birds’ systems are impaired and whether improving the de-oiling process can help offset the damage.

Adverse effects on the breeding of de-oiled birds can be accentuated during periods of poorer food availability, says penguin expert Dyan deNapoli, who wrote The Great Penguin Rescue based on her experiences assisting with the Treasure oil spill intervention. “It’s like a double whammy that they’re dealing with.”

This situation bodes darkly for the species, which the International Union for the Conservation of Nature elevated in May to endangered status after a steep population drop in just the past few years. Numbers have tumbled during the past century from several million birds to around 52,000 today. “The main problem [currently] seems to be a lack of food availability around the colonies,” says researcher Peter Barham. “Unless there are significant changes soon it seems unlikely the population can easily recover.” According to deNapoli, shifting currents and global warming are largely behind the dwindling of nearby prey, while oiling and overfishing have been the other primary factors fueling the penguin’s decline in recent decades.

Experts agree that de-oiling has been a key contributor to conserving the species. Every year approximately 1,000 penguins are rehabilitated following spills in area waters, and biologists estimate that the population would be nearly 20 percent smaller without the cleaning efforts. “For African penguins absolutely de-oiling is an incredibly important conservation tool, but it’s even more important to prevent spills in the first place,” Wolfaardt says.

DeNapoli’s experience with penguin rescue gives her some optimism for avian victims from the Gulf of Mexico spill. “I think based on where we are today with rehabilitation techniques and strategies there’s certainly hope” for the oiled birds, she says. “I think the worse part is going to be the environment, because that environment is going to be devastated for years and years.”

Journalist Sara Martel is based in Massachusetts.

NWF wildlife experts began working on-scene in the Gulf of Mexico soon after April’s oil spill commenced. The Federation’s Louisiana staff and volunteers, who had been working on coastal Louisiana habitat restoration projects before the spill, were deployed to key areas to report on imperiled wildlife and other problems. NWF also is partnering with other groups in the region and continuing its work on a number of fronts. For information about wildlife survivors of the gulf spill, see “Can We Rescue Oiled Wildlife?” in National Wildlife, August/September 2010. For more details on NWF activities in the gulf, including habitat restoration efforts, visit NWF's main oil spill page.

Birds and the BP Oil Spill

During the six months after the explosion of the Deepwater Horizon, more than 7,000 birds (5,686 dead and 1,316 alive) were collected in the spill area. About 40 percent showed visible signs of oiling. “No doubt many [other] impacted birds were never found,” says NWF Senior Scientist Doug Inkley in the short video below. “While the actual cause of death has yet to be determined for most of the animals,” he adds, “it is clear that a large proportion of the deaths and the live captures were, in fact, related to the oil spill. The number of birds collected was far beyond normal levels.” Find out more about how the spill has or could affect wildlife and habitat in the Gulf of Mexico.

"Lessons in a Land of Wind and Ice"—While participating in a study of penguins in Antarctica, the author braved extreme weather, primitive living conditions and intense isolation
"The Shrinking World of Penguins"—The tuxedoed seabirds' homeland is melting beneath their feet as global warming strikes hard in Antarctica and elsewhere
Support NWF conservation efforts: Adopt a Penguin