The United States is home to thousands of species in trouble; here's how a few are faring on (or off) the Endangered Species List 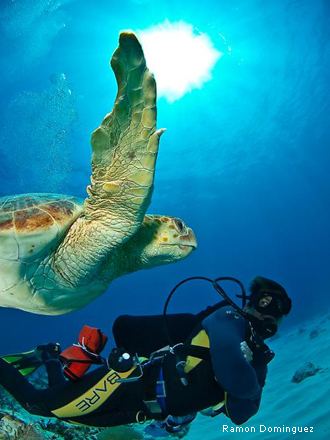 North America harbors a stunning array of wild plants and animals, from the bison and wolves of the West to Hawaii's dazzling flora to Florida's diminutive Key deer. However, scientists estimate that as many as one-third of U.S. native species are at increased risk of extinction, mostly due to human-caused threats such as habitat loss and global warming. Some 1,300 species are already listed as threatened or endangered under the Endangered Species Act of 1973. Read about what NWF is doing to help protect the plants and animals that make North America so special—including those species that are threatened by the BP oil spill—then read on below to find out how a few individual species are faring.

Sea turtles can be considered living fossils from the time of the dinosaurs. They first appeared about 200 million years ago and are now protected by the Endangered Species Act. Their continued existence is threatened by human development: Tiny baby turtles find their way from sandy beaches to the ocean by moving toward the brightest horizon—under natural conditions, the ocean. But with beachfront development creating artificial sources of light, the hatchlings may instead head inland, where they cannot survive. They also are severely affected by the loss of nesting beaches and by sea pollution. Read more about loggerheads and other endangered sea turtles. 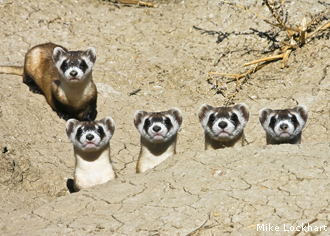 Back from the Brink: Black-Footed Ferret

Thirty years ago, many scientists believed this rare mammal—once widely dispersed throughout North America’s prairie lands—was extinct in the wild. Now a successful captive breeding program is giving the endangered animal a new lease on life. Read more about the black-footed ferret and other prairie wildlife. 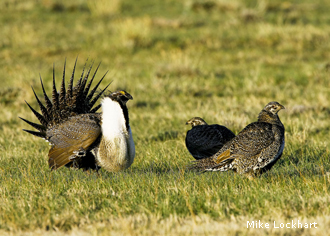 In the News: Greater Sage-Grouse

These extraordinary birds currently occupy 258,000 square miles of the sagebrush ecosystem, spread throughout parts of 11 Western states. Last year, Agriculture Secretary Tom Vilsack and Interior Secretary Ken Salazar announced an agreement to support the conservation of the increasingly rare greater sage-grouse and its sagebrush habitat. The announcement came just weeks after the U.S. Fish and Wildlife Service decided that while the sage-grouse warrants protection under the Endangered Species Act, the bird would have to wait its turn while other, higher-priority species were addressed. That means the bird will be placed on the list of candidate species and eventually will be proposed for protection under the act. Read more about the greater sage-grouse.

Find out more about bats, crocodiles, lynx and other threatened and endangered species.