Why some owls, toads and other animals find that it makes sense to make peace with their natural enemies 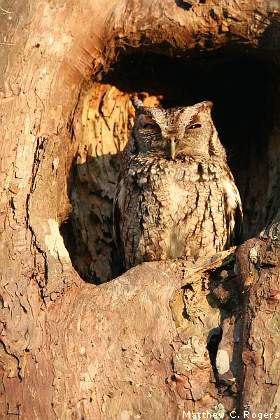 Mutually beneficial associations, known as mutualisms, abound in nature. Any gardener knows, for example, that where there are sap-sucking aphids, there are also ants to tend them. The aphids share their sweets with the ants, which vigorously protect their sugar daddies from wasps, spiders and other predators.

But there is a more unusual types of alliance between species: a partnership between a predator and an animal that would, typically, serve as its prey.

Take, for example, these strange bedfellows: the tarantula and the narrow-mouthed toad.

A narrow-mouthed toad enters a tarantula’s burrow and begins snapping its sticky tongue violently around the tunnel, slurping up fleeing ants. After the feast it nestles down for a rest beneath the spider’s hairy legs—a seemingly hazardous choice. “Tarantulas eat toads,” Eastern Michigan University spider ecologist Cara Shillington says.

But not this pair. No, these two species seem to have made a separate peace. “They make good roommates,” Shillington says.

The tarantulas benefit because narrow-mouthed toads feed on ants and other pests that eat spider eggs. So while the tarantula could certainly make a meal of the toad, it benefits more from partnering up with the potential prey, offering security in exchange for pest control.

From savory snack to savior snake: a screech owl ally
Fred Gehlbach, a biologist from Baylor University in Texas, studies one of these partnerships. In the U.S. Southwest, screech owls (above) stock abandoned woodpecker chambers and other empty cavities with dead rodents, songbirds and other prey. They eat what they can, and leftovers become part of their nests. By the time females lay eggs, the matted, rotting mess is packed with maggots and even parasites.

At some point, though—especially during wet years—an owl will return from a night’s hunt with a juicy, wormlike blind snake, an underground insect hunter that secretes a slippery coat of slime to protect it from nips and bites. Because this mucous makes the snake hard to handle, the ensuing parent-chick handoff almost always ends in a fumble, and the snake quickly burrows into the nest.

The owl’s young may lose a meal, but they gain a much greater good in the long-run. “Live-in blind snakes eat the [pests] that compete with nestlings for stored owl prey,” says Gehlbach. He has found that snake-occupied screech owl nests produce more and healthier fledglings than do snake-free nests. Living amid a large supply of food, the snake will stay put until the owl family leaves. Then it slithers down the tree and returns to its underground home. Pest-controlling blind snakes are common guests of at least four owl species, says Gehlbach.

Fish-eating birds make friends with cottonmouths
Cottonmouth snakes living on islands off the northwestern coast of Florida partner with fish-eating birds such as pelicans and herons. The birds are skilled hunters but sloppy eaters that transform their habitat into giant sushi buffets. Though cottonmouths elsewhere tend to eat anything they can swallow—including small birds, eggs and chicks—snakes on these islands rely almost entirely on the shorebirds’ seafood delivery service. “The snakes feed rarely, if ever, on colonial-nesting birds or their eggs,” says University of Florida zoologist Harvey Lillywhite, who discovered the relationship between the cottonmouths and the island birds. Thanks to the abundance of easy food, cottonmouth populations on the islands have boomed, and the birds have done better too—because the snakes scare off “nest predators such as raccoons, arboreal snakes and rats,” Lillywhite says.

When people ally with wildlife

Dolphins and dinner: Coastal fishermen in Brazil and the African country of Mauritania place nets in shallow waters near their villages, then beat the sea’s surface with sticks. The water-slapping is a sort of dinner bell for dolphins, which respond by chasing schools of fish into the nets. What seafood doesn’t get tangled is cornered, making for easy pickings for the dolphins. By working together, both hunters increase their catch.

Helping with Honey: A woodpecker in Africa called the honeyguide feeds on beeswax, insect grubs and honey. Trouble is, pecking open a beehive is hard work, so the bird leads honey-gathering badgers, baboons—or humans—to bee nests to do the labor. The Boran peoples of Kenya are so adept at translating “little birdie” language that they can estimate direction and distance to hives from the bird’s calls, flight patterns and perching heights. After arriving at a nest, the humans and honeyguide share the sweets.

Garden for Wildlife - Turn your garden into a Certified Wildlife Habitat™ by providing food, water, cover and places for wildlife to raise young.
Open the door and get outside! Be Out There.
Visit our new adoption center and symbolically adopt an animal today.