Lefty? Righty? Even Animals Pick a Side

Humans aren't the only creatures that favor one side of the body over another. 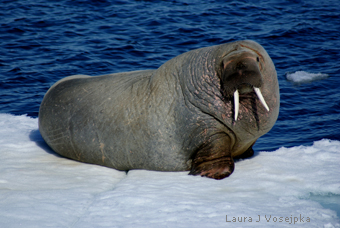 That humans tend to be right or left handed is well-known, of course, but it turns out we’re not the only creatures that prefer using one limb over the other. Many frogs are right-footed, while parrots tend to be left-clawed. Lizards often lean left, but many walruses are righties.

Even creatures that don’t have hands exhibit a lateral preference in body use. Humpback whales, for example, for the most part bank right. To dine on mud-dwelling critters, a whale dives down to the sea bottom, turns to one side while holding its mouth agape and skims the top of the muck. Researchers have found that humpbacks have abrasions from this bottom-feeding maneuver on either their right or left cheek, never both. Gray whales and bottlenose dolphins have also been shown to be “right-jawed.”

Handedness: It’s Got a Hold on All of Us
Vertebrates—animals with backbones—always seem to choose sides.  “Sidedness has been found in all vertebrate groups in which it’s been studied—horses, cats, rodents, reptiles, different fish species, to name a few—just to different extents,” says Ruth Byrne, a biologist from the University of Vienna, Austria. Recently she discovered that an invertebrate, the common octopus, also appears to use a favorite tentacle for inspecting or handling objects, even though all eight arms are equally nimble. Bryne thinks the use of a favored tentacle may tie to the use of a favored eye: She discovered that 92 percent of the animals have a preferred eye for inspecting objects—and that their favorite feeler almost always lies directly between that eye and the object, which “suggests that octopus arm choice is driven by lateralized eye use,” Byrne says.

Ancient Humans Gave Sidedness a Hand
Sidedness is ancient history, even among humans. Prehistoric artwork in caves in western Europe indicates that in humans the proportion of lefties to righties hasn’t changed in more than 10,000 years. Cave-dwelling Homo sapiens held a tube in one hand and blew dye over the other to stencil prints onto cave walls. Assuming these early artists painted with their dominant hand, the impressions reveal that 77 percent of the population was right-handed and 23 percent left-handed—the exact same distribution that exists in the region today.