Removed from the endangered species list only last year, Louisiana’s charismatic state bird takes a hit in the Gulf of Mexico 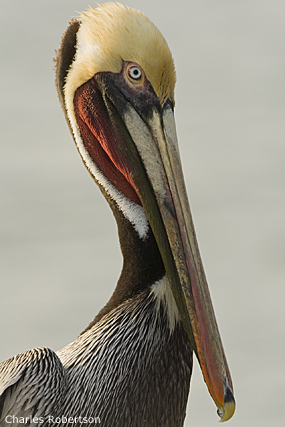 FOR MANY PEOPLE, the most enduring—and disturbing—memories of this year’s Gulf of Mexico disaster are likely to be the images of oil-soaked seabirds splashed across news media almost daily. And of these, the most upsetting of all tended to show brown pelicans, large, elegant and tremendously popular birds that have become icons for the U.S. Gulf Coast.

As of mid-summer, brown pelicans also were the bird species hit hardest by the spill: 58 percent of all dead or injured birds collected up to that point were pelicans, according to U.S. Fish and Wildlife Service (FWS) statistics. That worries some environmentalists. A rare conservation success story, the bird was removed from the federal endangered species list just last year. “It’s a species we’re keeping a close eye on,” says biologist Kelly Hornaday of the FWS endangered species program.

The timing of the spill could not have been worse: Pelicans, which nest colonially on offshore barrier islands, were at the start of their annual nesting season when the oil rig exploded. According to Hornaday, between 25,000 and 33,000 pairs of pelicans breed on islands off the U.S. Gulf Coast; Louisiana alone hosts between 8,000 and 16,000 pairs depending on the year. “The majority of the nesting islands hit by oil are in Louisiana,” she says. On July 14, biologists from the Cornell Lab of Ornithology reported finding at least 300 oiled pelicans on Raccoon Island alone.

Pelecanus occidentalis is unusual among the world’s eight pelican species. Along with the Peruvian pelican—a new species until recently considered the same as the brown pelican—it is the only one that lives strictly in coastal habitats, never venturing more than about 20 miles inland or out to sea.

Brown pelicans feed exclusively on fish they capture by diving headfirst into the water. The birds have excellent eyesight and can spot fish from as high as 60 feet. After nabbing their catch, pelicans scoop or dip the fish into their pouches, rise to the water’s surface, tilt their bills forward to drain the water, then toss their heads up and back to swallow. It turns out to be true that a pelican’s “bill can hold more than his belly can”: The bird’s pouch can accommodate about three gallons of water while its stomach holds only about one.

Unlike most birds, which keep their eggs warm with the skin of their breasts, pelicans incubate eggs with their feet, holding them under webs that stretch from the front toes to the hind toe. This unusual incubation method, along with their seafood diet, made pelicans particularly vulnerable to the pesticide DDT, which the birds picked up from contaminated fish. Because a metabolite of DDT—DDE—causes the eggshells of birds to thin, pelican parents accidentally cracked their eggs while attempting to incubate them. DDT and other pesticides, combined with shooting the birds for their feathers during the early 20th century, led to population crashes by the late 1950s. Pelicans disappeared entirely from the Pelican State of Louisiana.

In 1970, FWS listed the brown pelican as endangered throughout its range. A 1972 ban on DDT—along with transplanting thousands of chicks from Florida to Louisiana—led to remarkable population recoveries. In 1985, Atlantic coast populations of the bird were removed from the endangered species list. In November 2009, the species was removed from the list completely. “They’ve been doing very well,” says Hornaday. “Annual surveys by our state partners show either stable or increasing numbers with good nesting success.”

The oil spill could change that. As of mid-August, the pelican nesting season was coming to an end, and it looked like BP was about to shut down the well for good. “But there are still millions of gallons of oil floating around out there,” noted Mike Parr, a vice president of the American Bird Conservancy who had just completed a six-day visit to the gulf. “After the breeding season, pelicans start moving around a lot more,” he added, “and from what we observed, the boom they’re using to keep oil out of critical areas is hopeless. It doesn’t stand up to even moderate weather.” Meanwhile, the region was about to enter peak hurricane season.

Could the Pelican State once again lose its pelicans? Hornaday is cautiously optimistic. “The species may take a hit for a few years,” she says. But as its recovery in Louisiana shows, “this is a pretty resilient bird.” Brown pelicans evolved to cope with challenges such as hurricanes and periodic crashes in prey caused by El Niño, she adds. “These birds are adapted to boom and bust kinds of cycles.”

Next in Line: Fall Migrants at Risk 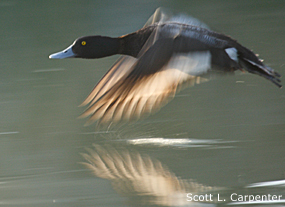 As of this writing, four months after the Deepwater Horizon rig exploded, the U.S. Fish and Wildlife Service (FWS) had officially tallied 5,981 birds killed or injured by the oil spill—a relatively modest number given the scale of the disaster and its location in the midst of some of North America’s most important bird habitat.


But scientists warned that the number of avian victims could soon rise dramatically. Beginning each July, millions of shorebirds, waterfowl and other birds fly into the U.S. gulf region during their annual fall migration. Some, such as shorebirds and songbirds, make short stops before setting off on long flights across the Gulf of Mexico to Central and South America. Others, including many ducks and geese, spend the entire winter along the coast.

Having traveled hundreds, even thousands, of miles, all of the birds are in desperate need of food and safe places to rest. But instead, they are “heading right for the biggest oil spill in this nation’s history,” Paul Schmidt, FWS assistant director for migratory birds, said at a July 2nd press conference. “For more than a century,” he added, “we have worked to protect and restore migratory bird populations in North America. This conservation legacy is now jeopardized by the oil spill.”

Shorebirds at risk include sandpipers, dunlins, plovers, dowitchers, greater and lesser yellowlegs and red knots. One plover species, the piping plover, is already listed as endangered throughout much of its range. According to Tom Moorman, director of conservation planning for the southern region of Ducks Unlimited, the Gulf Coast is also “the most important wintering area for waterfowl in North America.” Up to 13.7 million ducks and 1.5 million geese spend part or all of the winter here, including redheads, blue-winged teal, gadwalls, northern pintails and snow geese. One duck of particular concern is the lesser scaup (above right). “These birds have been declining for years, and no one knows exactly why,” says NWF Senior Scientist Doug Inkley.

To try and minimize harm to migratory birds, two federal agencies—FWS and the U.S. Department of Agriculture’s Natural Resources Conservation Service—have teamed up with conservation groups, farmers and other large landowners to improve, restore and, in some cases, create new wetland habitat and provide food outside oiled areas, primarily by flooding rice fields. Federal workers were also contemplating hazing birds out of oil-contaminated zones using firecrackers, Mylar tape and other measures. Find out the latest on these efforts and how the region’s birds are doing.

NWF wildlife experts have been working on-scene in the Gulf of Mexico since the oil spill began in late April. Our Louisiana staff and a cadre of NWF volunteers—working on coastal Louisiana habitat restoration projects before the spill—are deployed in key areas to report on imperiled wildlife and other problems. The Federation also is partnering with other groups in the region and continues its work on a number of fronts. See details, including how you can help.

Learn how oil harms birds and other animals.
View a map showing bird habitats threatened by the oil spill.
Read how Rachel Carson helped save the brown pelican from extinction.