Across many cultures, certain birds have been traditional symbols of bad luck or death. Here are four spooky species that inhabit North America. 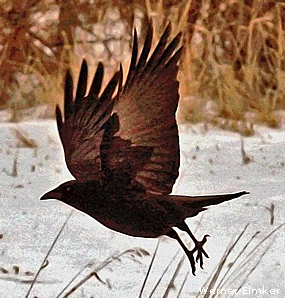 Large, black birds found in a variety of habitats worldwide, crows have long been associated with death and darkness, thanks to their coloring and certain behaviors—namely a fondness for the flesh of dead animals, including humans. During wartime, observers have reported crows swooping down to feed on fallen soldiers. The birds prefer soft tissue such as eyes or the meat inside an open wound. One superstition holds that if a crow lands on a roof, death or misfortune will befall the home’s inhabitants.

The American crow is a common, wide-ranging North American species that has adapted well to living near people. A familiar sight across countrysides and suburbs, the all-black birds feed on fruit, seeds, worms, insects, other small animals (including chicks stolen from nests), garbage and carrion (though their encounters with human corpses are rare these days). Highly social animals, American crows can congregate in flocks containing millions of individuals. The birds are known for their intelligence, and in scientific studies they have proved to be excellent learners and problem solvers. 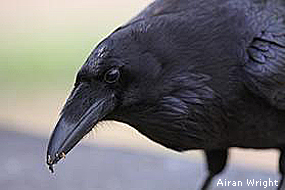 Like crows, which are close relatives, ravens have long been viewed as symbols of evil or death. (Think of Edgar Allen Poe’s classically creepy poem, “The Raven.”) Also carrion eaters, ravens are likewise highly intelligent birds that can learn to mimic other species, including humans. In Sweden, their harsh calls traditionally were considered to be voices of murdered people who were inappropriately buried. Germans believed that ravens could locate the souls of the dead and that witches hitched rides on the birds’ backs.

The common raven is a huge, all-black bird (including legs, eyes and beak) that inhabits both open and forested parts of northern and western North America. Pushed out of the eastern part of the continent when forests were razed during the 19th and 20th centuries, ravens are beginning to move east as woodlands regrow. In some parts of the country, the birds have become so abundant that they threaten rare species such as desert tortoises and least terns. Ravens eat practically anything—from small animals to fruit to garbage; they are particularly common around landfills. Not as social as crows, ravens most often are spotted alone or in pairs. The birds are known for following hunting parties or flying toward the sound of gunshots in hope of scoring an easy meal. 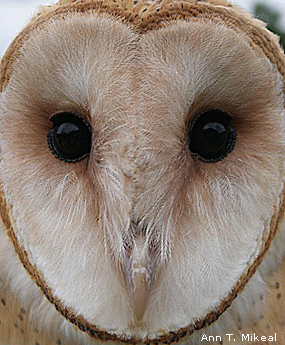 Silent, stealthy hunters that fly about at night, owls have been associated with magic, evil and death for thousands of years. The Aztecs portrayed their god of death as an owl, Native Americans linked the birds with black magic, and Romans considered it unlucky even to catch sight of an owl. More recently, author J.K. Rowling, in her Harry Potter series, depicts owls as messengers for wizards and witches. The birds’ unearthly hoots and shrieks, and a tendency to roost in the attics of abandoned (haunted?) houses, add to their spooky reputation.

With its round, white face and dark eyes—evocative of a ghost or  human skull—the barn owl in particular could give trick-or-treaters a fright on Halloween night. Indeed, nicknames for this species have included ghost owl, death owl and bird of doom. The barn owl is one of the world’s most widely distributed birds, occurring on all continents except Antarctica. It has excellent night vision. Still, this owl’s ability to locate prey by sound alone—demonstrated in both field and laboratory experiments—is the best of any animal species tested so far. 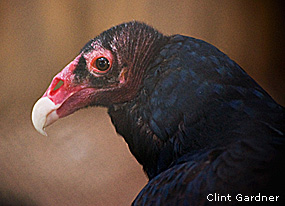 Scavengers that feed primarily on the dead, vultures have long been scorned, and occasionally feared, across many cultures (though people also appreciate the role the birds play cleaning up decaying carcasses). When a wild animal dies, large numbers of vultures have an unnerving knack for showing up quickly. In ancient Greece, the birds were considered bad luck, and according to Persian lore, a pair of vultures guards the gates of Hell. Vultures, except on the wing, are also considered ugly birds: dark and hulking with hooked beaks and bare heads (which keep the birds from soiling feathers when feasting on a rotting corpse).

The turkey vulture is a large bird with a 6-foot wingspan and a distinctive red bald head. Ranging throughout much of North and South America, it flies close to the ground when searching for food, maintaining stability and lift by holding its wings in a V-shape and rocking back and forth. The turkey vulture has an excellent sense of smell, which allows the bird to detect carrion hidden beneath trees and other vegetation.

Sources: Cornell Lab of Ornithology's "All About Birds" and National Wildlife Federation Field Guide to Birds of North America.