What Animal Is That?

What animal is biggest, fastest, most venomous--here are the answers to a few questions about truly superlative creatures

The bison, which can measure 6 feet tall at the shoulder and 11 feet long and weigh up to 2,200 pounds. They once numbered many millions and ranged from the Atlantic seaboard to the Rocky Mountains, but today only about half a million remain, many of them on private land.

The pronghorn, which can run steadily at 45 miles per hour for several minutes and make short bursts of 60 miles per hour. The only faster creature on four legs is the cheetah, which can reach 70 miles per hour in pursuit of antelope and other game. The pronghorn is sometimes called an antelope, but it is not an antelope; it belongs to a family all of its own, called Antilocapridae. Its closest living relatives are the giraffes and okapi of Africa. 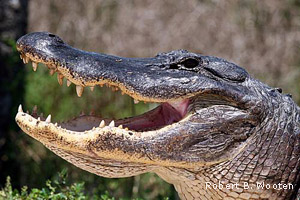 What Is North America’s Largest Reptile?

No North American reptile beats the alligator in size. Males average 11 feet long and more than 500 pounds, but the largest known stretched 19 feet. 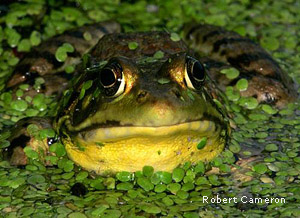 What Is North America’s Largest Frog?

The American bullfrog takes the gold for largest U.S. frog—more than 6 inches long and weighing up to a pound.


What Is North America’s Largest Rodent?

It can only be the beaver, the most mammoth of which can stand 3 feet tall when sitting upright on hindlegs and tip the scale at more than 60 pounds.

What Animal Grows the Most Over Its Lifespan?

Among live-born animals, the biggest grower would be the red kangaroo, which starts out about the size of a bean and weighs about 0.03 ounces but grows to 180 pounds—an increase of about 96,000 times its birth weight. Egg-layers do even better. The ocean mola, or sunfish, hatches from an egg about this big: o. It grows to 1,200 pounds and 10 feet long, an increase of about 60 million times.

What Venomous Creature Is Most Deadly to Humans?

Drop for drop, Australia’s blue-ringed octopus’s venom is deadliest of all. It nips its prey with its parrot-like beak and spits the venom into the wound. It can kill an adult human in minutes. The process is fairly painless, however, starting with a dry mouth followed quickly by unconsciousness and respiratory arrest. The octopus uses a poison that attacks the nervous system. So does the most dangerous venomous animal in the United States, the bicolored sea snake found in Hawaiian waters. Cobras—such as the king cobra, which packs enough venom to kill an adult elephant—also use a nerve poison that causes no pain if you get treatment with antivenin. Not true of U.S. rattlesnakes and cottonmouths. The poison in their venom attacks blood cells and also predigests tissue around the bite. Even with antivenin treatment, a bite from one of these snakes can give you a wound that feels for hours as if you are being pounded with a red-hot sledgehammer. Snakes don’t always inject venom when they bite, however, and may inject a large or a small dose when they do.

What Creature Is Most Dangerous to Humans?

Forget great white sharks and lions and tigers and grizzly bears. It’s the mosquito. Malaria, which is carried by mosquitoes, kills a million people every year in Africa alone. Mosquitoes carry yellow fever and at least 100 different viruses that make at least 300 million people sick every year.

What Animal Has the Best Sense of Smell?

The silkworm moth. Males can smell only one scent, a chemical given off by female silkworms, but they smell it with tremendous sensitivity. Each female holds only about 0.003 ounces of this fragrance in her abdominal glands and releases only a tiny part of that amount into the air at one time, but it is enough for a male to zero in on her from 7 miles away. Over that distance, probably no more than a few molecules of the scent reach the frond-like antennae of a male.