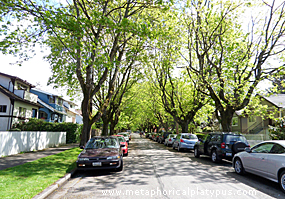 TREE-PLANTING PROGRAMS are underway in almost every large U.S. city and on every continent except Antarctica. In most cases, the goal of these initiatives is to employ nature’s champion carbon eaters to help reset Earth’s thermostat. By the end of 2009, homeowners, organizations and communities in 170 countries participating in the United Nation’s Billion Tree Campaign alone had planted 7.4 billion trees.


As impressive as these figures are, recent studies indicate that it’s not enough to simply tally up tree numbers. To sequester the most carbon, we also need to pay attention to the types of trees, and where we plant them.

Growing any flora, whether tiny orchid or towering tree, will lead to some degree of carbon storage. All plants have the amazing ability to pluck carbon dioxide (CO2) out of the air and transform it into living biomass—leaves, bark, flowers, wood, shoots and roots. Because trees have significantly more biomass than smaller plants and generally live longer, they trap a lot more carbon.

Yet even the giants of the plant kingdom are not equally adept at gobbling up CO2. In fact, the differences can be dramatic. Silver maple (Acer saccharinum) tops the list of “best trees” compiled from data collected by the U.S. Forest Service’s Center for Urban Forest Research, which in recent years has been at the forefront of efforts to determine which species are the true champions of carbon capture and storage. Researchers at the Davis, California, facility calculate that a silver maple traps almost 25,000 pounds of CO2 after 55 years—25 times more than cherry and plum trees, which ranked last.

The amount of carbon a tree can sequester varies not only by species but also by region, since different trees grow best in different climates. The Center for Urban Forest Research is in the process of developing regional lists of best trees for fighting climate change, but the current list, which is appropriate for much of the Rocky Mountain region, “is the only one done so far,” says Director Greg McPherson.

Other researchers are working on lists of recommended trees as well. In 2007, scientists at SUNY College of Environmental Science and Forestry in Syracuse, New York, developed a list of 31 species for that city, including a diverse mix of tough, long-lived and mostly native trees such as American basswood (Tilia americana) and eastern white pine (Pinus strobus).

Until recommendations for best carbon-trapping trees are available for every region of the country, the following guidelines can help you select trees that will maximize the climate benefits on your property:

• Trees will be effective in the fight against global warming only if they’re planted in their native range. Choose native species, which are naturally adapted to your climate. They also provide the best habitat for local wildlife.

• Even native species need to be matched to the amount of soil moisture and other specific conditions on your planting site, or they won’t prosper and reach their full carbon-trapping potential.

• Plant the biggest tree your site can accommodate. Remember that large trees require a lot of space both above and below ground, so when selecting a location consider any overhead or underground obstacles that could stunt growth or necessitate pruning, such as power lines and water pipes.

• Choose long-lived species because the CO2 stored in a tree is sequestered only as long as it is alive. Once the tree dies and begins to decompose, the trapped greenhouse gas returns to the atmosphere. Some trees can live for hundreds of years, others only two or three decades. A 30-year-old Bradford pear is quite elderly, for example, while a sugar maple of the same age is still in the adolescent stage.

• Opt for species that are pest and disease resistant, and will not require much maintenance once they are established. Fertilizer, pesticides and irrigation all have large carbon footprints.

• When selecting trees to plant, aim for a diverse mix of species and ages. A biodiverse landscape is least likely to be wiped out by a disease or pest. If it includes trees at various stages of growth, you can easily maintain overall tree biomass and climate benefits by replacing the individuals that die.

• To multiply the climate benefits, plant trees where they can cast summer shade or block winter winds, reducing home energy consumption and associated greenhouse gas emissions. The U.S. Environmental Protection Agency has calculated that a home landscape designed for energy efficiency can cut air conditioning and heating bills by about 40 percent. Smart strategies include shading the west and east sides of your house and your air conditioner. On large properties in cool climates, plant evergreen windbreaks perpendicular to the prevailing winds. On small properties, a tall evergreen hedge planted several feet from the house will create a dead air space and help insulate the structure.

• When they die, urban trees usually are sent directly to a landfill or chipped for mulch and decay within a few years. Extend their natural benefits for decades by turning them into fences or furniture, or finding local woodworkers who can use them.

The Center for Urban Forest Research has developed a free computer program, the Tree Carbon Calculator, which enables you to determine how much carbon is stored in trees on your property. It also calculates the amount of energy savings provided by trees planted around your home for shade and shelter.

Janet Marinelli’s latest book is The Climate Conscious Gardener. For more about her work, visit www.janetmarinelli.com.

Trees for the 21st Century

Part of NWF’s ongoing efforts to connect students with nature, the Trees for the 21st Century program combines hands-on, science-based education with tree planting and stewardship. Students learn about the importance of trees and how to plant seedlings that are appropriate for their regions. “The initiative aims to prepare the next generation of environmental stewards to protect and improve the world’s natural resources,” says Eliza Russell, NWF’s director of education.

Garden for Wildlife: NWF’s Certified Wildlife Habitat Program
Choosing a Tree for Your Yard? Go Native
Cool It!® Tips for Going Green
“How Green Is Your Garden?”
“Homegrown Biodiversity”