In Russia, a polar bear climbs a steep cliff above the Arctic Ocean in pursuit of bird eggs 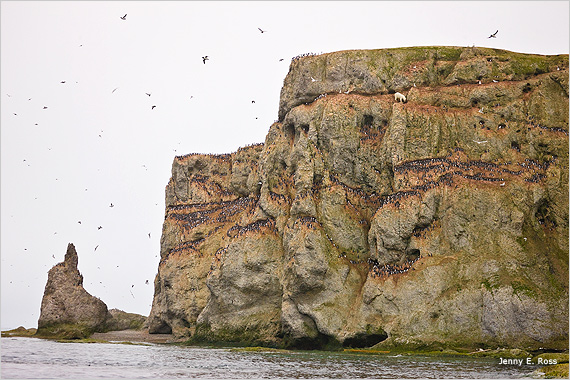 IN RUSSIA'S RUSSKAYA ARKTIKA NATIONAL PARK, a subadult male polar bear climbs precariously on a steep cliff above the Arctic Ocean, attempting to feed on seabird eggs. “The bear was marooned on land, unable to hunt seals—his normal prey—because the sea ice had melted throughout the region and receded far to the north as a result of climate change,” says photographer Jenny E. Ross, who took these pictures last July while exploring the remote park in a Zodiac.

Polar bears rely on sea ice to hunt seals. When they are stranded ashore, the Arctic predators occasionally do consume eggs or other items. However, their survival depends on a blubber-rich diet of marine mammals. “This bear probably expended more calories climbing than he would have gained from swallowing some eggs,” adds Ross. Though he failed to eat, the animal did descend the cliff safely. 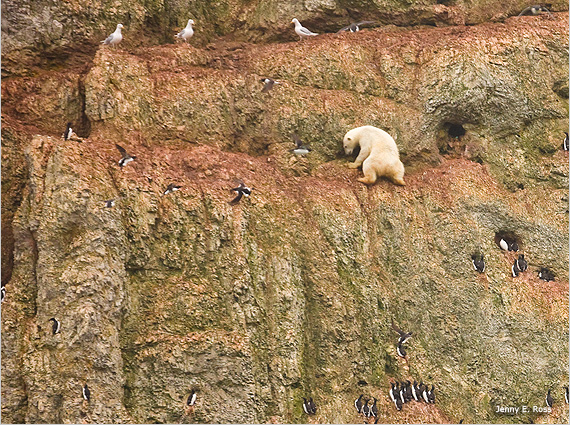 Help NWF fight to protect polar bears and other wildlife from the many threats they face.