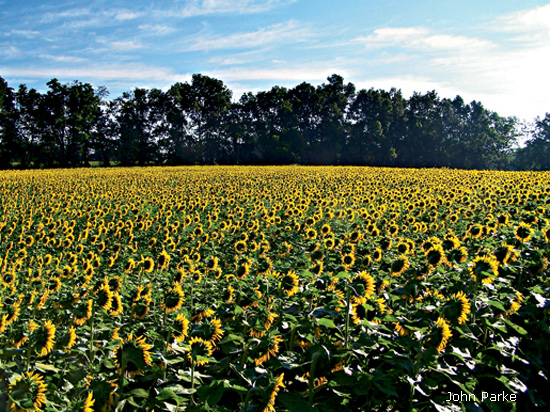 EVERY SPRING FOR THE LAST 30 YEARS, Jim Laine has climbed into his tractor cab and driven into his fields to plant corn, soybeans and wheat at his family farm near Hillsborough, New Jersey. A few years ago, Laine, who farms with his brother Thomas, added a new crop: They began growing black-oil sunflowers for an innovative program run by the New Jersey Audubon Society, an NWF state affiliate. This “Jersey-Grown” birdseed is now sold by the group at dozens of retailers statewide, eliminating the need to truck seed more than 1,500 miles from the Dakotas.

The Laine brothers, New Jersey Audubon and NWF are part of a nationwide trend that is aimed at linking people to their communities and to the land. “Sunflowers are just a start,” says Jim. “They get people thinking about buying local. It can affect their decisions on a lot of purchases.” And buying—as well as growing—local does more than just reduce our carbon footprints. It can help wildlife, too, often in surprising ways.

“For every 5 acres planted with sunflowers by New Jersey farmers, we’ve pledged to restore 1 acre of grassland habitat for birds and other wildlife,” says Jean Lynch, stewardship project director for New Jersey Audubon and coordinator of the group’s  Support Agricultural Viability and the Environment (S.A.V.E.™) program. At northern New Jersey’s South Branch Wildlife Management Area, where the restoration work is taking place, bobolinks, eastern meadowlarks and grasshopper sparrows have taken up residence in their new habitat. Blue-winged warblers, American kestrels and American woodcocks also are benefiting from the project.

Buying local can boost wildlife in other ways. For example, habitat often is preserved by community-supported agriculture (CSA), a grassroots nongovernmental movement that began in the United States during the late 1980s. Today, in more than 4,000 CSA programs across the country, people sign up and pay in advance for a seasonal share of vegetables from participating farms. In return, they receive fresh local produce on a weekly basis, and farmers get a guaranteed income. This, in turn, helps farmers stay in business and keeps their land out of the hands of developers. Staff based at NWF’s headquarters in Reston, Virginia, participate in one such program.

“CSAs create a community between our farm and consumers,” says Josie Erskine, who with her husband Clay founded the 70-acre Peaceful Belly Farm in 2002. Located in the foothills just north of Boise, the farm is certified as organic by the state of Idaho. The Erskines operate a 200-member CSA project and grow as many as 80 varieties of vegetables on their wildlife-friendly farm.

“We’ve learned that you have to figure out how to get wildlife to work for you,” says Josie. Because many bird species will eat a lot of insects, the Erskines are trying to attract more sparrows and other birds to their farm. One way they are doing this: growing sunflowers and leaving them standing in their fields during winter for the birds to eat. “We’ll plant the sunflowers next to a crop that has problems with leafhoppers” or other destructive pests, she explains. 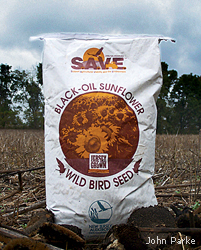 On a larger scale, the Erskines are working with the U.S. Department of Agriculture’s Natural Resource Conservation Service to plant trees, shrubs and grasses in 100-foot-wide swaths around the perimeter of their farm. Besides cutting erosion, these natural areas will provide corridors for badgers, coyotes and other wildlife to travel from the foothills to a nearby creek.

In addition to running their farm, the Erskines work with Hidden Springs, a nearby development that was certified as an NWF Community Wildlife Habitat™ in 2005. Hidden Springs has 800 acres of open space plus an orchard and a small community farm where the Erskines teach a 35-week gardening class. During the course, participants learn how to turn a bare, 2-acre patch of ground into a productive vegetable plot.

Giving Urban and Minority Children Links to the Land

Gardening also is being used by students at the University of South Florida (USF) to link urban and minority children to the land and to wildlife. This project, part of NWF’s Campus Ecology™ program, engages college students in finding solutions to environmental problems.

Margeaux Chavez, a USF graduate student and one of the project’s coordinators, says she and her colleagues began the garden two years ago at the nonprofit Moses House, which works to enrich the lives of at-risk youth in Sulphur Springs, a historically African-American community in Tampa. In the beginning, Chavez says some of the kids wouldn’t eat food from the garden because it had been on the ground and was “dirty,”  she says. “Now I see them pulling a cherry tomato off a plant and popping it in their mouths.”

One of the goals of the project is to reconnect the Moses House children to their cultural heritage, back to a time when almost everyone in the neighborhood grew vegetables in their backyards. Another goal is to include a wildlife component to demonstrate the garden’s connection to the natural world.

“We decided to grow native Florida flowers, including firebush and milkweed,” says Chavez, noting that their urban patch is now busy with butterflies and bees. In addition to helping wildlife, she adds, the garden has benefited lots of people and brought the community together. As is so often the case when growing a garden or buying local, nearly everyone—and everything—wins. 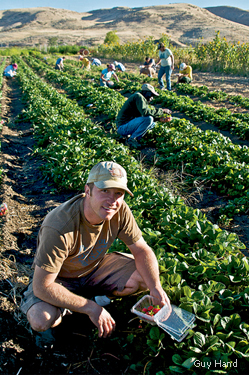 Joining Together To Help Wildlife

To learn more about the New Jersey Audubon Society’s S.A.V.E.™ birdseed and grassland-restoration program, go to www.njaudubon.org. The group is one of 48 state affiliates that partner with NWF on a wide range of habitat projects and other programs.

To find out how you can create your own natural haven for wildlife on your property by providing food, water, shelter and places for animals to raise their young, visit NWF’s Certified Wildlife Habitat® program.

To search a database of community-supported agriculture programs, visit www.localharvest.org.