Where Tumbleweeds Tumble Along

As fall sets in, the somersaulting bundles of brush begin spreading across the plains states 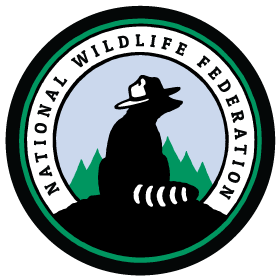 CIMARRON, KANSAS: The ubiquitous swerving and darting forms making their hopscotch journey across the landscape here in recent days are part of one of the most storied—and least celebrated—natural migrations on the Great Plains.

Yes, the tumbleweeds are on the move again.

Over the coming weeks, more and more of these vagabond bundles of brush, long immortalized in film and literature as the mascot of the middle of nowhere, will take to the wind, somersaulting across roads, catching on barbed wire and piling up in huge numbers throughout communities like this one.

People here will roll their eyes as they swap stories, new and old, about these consistently troublesome mischief makers, which cause car wrecks, tear down farmers’ fences and, as was the case here a few years back, make entire streets unnavigable without the help of a plow. “It’s kind of like snow,” says Wiley McFarland, a longtime rancher and community leader who wearily recalls pitchforking thousands of the plants out of his irrigation ditches and cattle corrals during particularly bad years. “But tumbleweeds don’t melt and go away. They sit till you get rid of them.”

Tumbleweed is actually the colloquial term for a whole range of bushy plants that use wind-fed journeys to spread seeds, a dispersal method of unfortunate efficiency. Here in Kansas, people are referring to the Russian thistle, a fast-growing invasive plant that more than a century ago hitchhiked into this country and found the American prairie an unusually accommodating place. Today the plants, some still green, others already brittle, fill vacant lots, roadside ditches and the neglected edges of farm fields. Typically, they become airborne after the first freeze.

Though various tumbleweed plants grow across the country, they are most easily spotted in the flatness of the open plains, from Texas to North Dakota as well as parts of the West. “It’s wide open spaces where the wind really blows where you will really see tumbleweeds tumbling,” says Michael John Haddock, an assistant dean at Kansas State University Libraries and author of Wildflowers and Grasses of Kansas: A Field Guide.

Because of their itinerant ways, tumbleweeds often strain the bonds of neighborliness as they bounce off the fields of thoughtless farmers—some of whom even encouraged the weeds to stabilize the sandy soil against the winds—and into the fences of more diligent caretakers of the land. “You don’t want to get us started on this,” says local resident Verle Redger, eyeing the early arrivals stacking up against his fences.

But not everyone is unhappy to see the wayfaring weeds on the roll again. Some locals gather big ones—which they say can eclipse four feet in diameter—for substitute Christmas trees. Tourists passing through often stop to take pictures, commenting that they look just like in the movies. And then there is Linda Katz, who collects them by the armful from outside her house in nearby Garden City.

Years ago, she jokingly set up a website for an imaginary Prairie Tumbleweed Farm, advertising the plants for up to $25 each. To her enduring surprise, the orders started pouring in and now she has sold thousands to movie directors, homesick soldiers and home decoration stores. But she rarely addresses the packages to Kansas. “People here already know about tumbleweeds,” she says.

A.J. Sulzberger is a staff writer for The New York Times.