Climate change may disrupt the chemistry of milkweeds; gardeners can help monarchs by planting more of these critical host plants 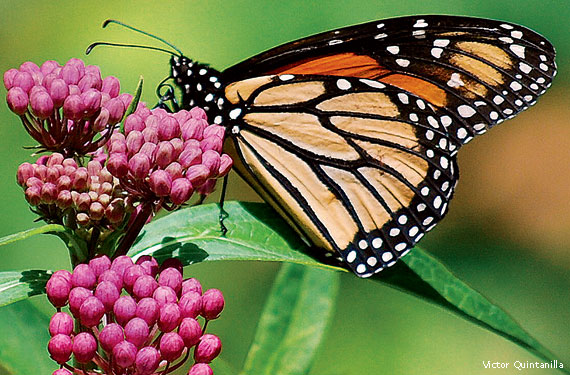 LIKE MANY COLORFUL SONGBIRDS that have wintered in the Tropics, monarch butterflies are returning to backyards across much of the country after migrating hundreds or thousands of miles from coastal California (monarchs that spend summer west of the Rocky Mountains) or central Mexico (those that summer east of the Rockies). One key to the success of these widespread and beloved butterflies is the species’ special relationship with milkweed plants.

As most wildlife gardeners know, monarchs lay their eggs only on milkweeds. The caterpillars hatch, eat the leaves and, in the process, ingest cardenolides, powerful toxins found in milkweed sap. The poison does not harm caterpillars but makes them—and later adult butterflies—unpalatable to potential predators, a critical defense mechanism. Several studies have shown that monarchs with high levels of cardenolides are less likely to be preyed upon by birds.

A few years ago, Stanford University ecologist Rachel Vannette began investigating whether climate change might disrupt the age-old association between milkweed and monarch. Then a graduate student at the University of Michigan, Vannette and her advisor, Mark Hunter, studied five different genetic families of common milkweed. (Milkweed plants, even those of the same species, vary genetically and can be grouped into families, or genotypes.) They grew the plants in open-air chambers, exposing them to elevated amounts of carbon dioxide designed to mimic Earth’s atmosphere in the future. Although most of the plants grew slightly larger, the composition of plant leaves changed dramatically. “Most of the milkweed families decreased their production of toxins,” Vannette says, some by as much as 50 percent. Milkweed leaves also became tougher when exposed to extra carbon dioxide. “Caterpillars would have a harder time chewing the leaves,” she says.

Though Vannette and other scientists remain uncertain what these findings might mean for monarchs in the future, “we speculate that it won’t be good,” she says. And while there isn’t much an individual can do about the potential problem, there is a simple way to help today’s monarchs: You can grow more milkweeds in your garden. 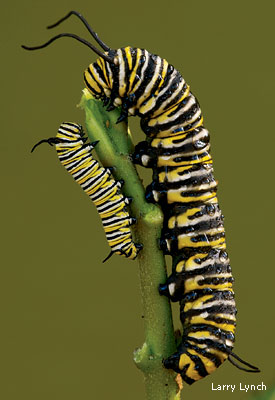 “There is a milkweed for every situation,” says John Schneider, who owns Wildtype Design, Native Plants and Seed, Ltd., a nursery in Mason, Michigan. Of the slightly more than 100 species native to North America, here are five that are commercially available and easy to grow. All are perennials indigenous to the eastern two-thirds of North America, except for showy milkweed, found from the central states west to California and Oregon. All five are also deer and rabbit resistant and support a variety of other insects, including several species that, like monarchs, depend on milkweed for survival.

• Butterflyweed has orange flat-topped flowers that attract many other butterflies in addition to monarchs, including tiger, spicebush and pipevine swallowtails. “This is a much-beloved ornamental plant, and it grows well either in the garden or a naturalized area,” says Schneider.

• Common milkweed has purplish flowers that bloom from early to mid-summer. The plant can be aggressive, so should be planted with caution.

• Swamp milkweed prefers wet conditions in the wild but also does fine in average garden soil, according to Rose Franklin, the owner of a perennial nursery in Pennsylvania and author of Fast Track Butterfly Gardening. Franklin says this species is a favorite of egg-laying female monarchs.

• Showy milkweed is a long-lived plant with 3-inch-wide clusters of pink, star-shaped flowers. It thrives in most western habitats except deserts and high mountains.