Supporters: Music Maverick Alec Wilder Lived by His Own Melody

How a songbird inspired a composer to give back to nature 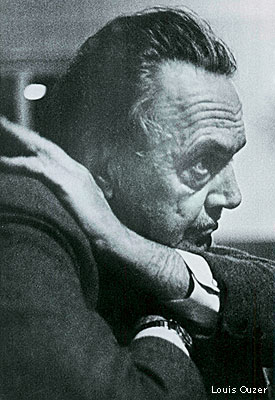 FROM THE 1930s until his death in 1980, Alec Wilder composed hundreds of popular melodies that blended genres ranging from classical music to jazz. Although he “rejected all pigeonholes,” says his lawyer Tom Hampson, another bird led Wilder to donate a portion of his estate to National Wildlife Federation and three other conservation organizations.

When Hampson, a birder and jazz radio show host, first met Wilder in a New York café in the 1970s, Hampson told the composer his “Inner Circle” sounded like the call of a Swainson’s thrush. “He thought that I was accusing him of ornithological plagiarism,” says Hampson. To prove his claim, Hampson took Wilder birding, and when they both heard the thrush sing, the astonished composer agreed. “We were friends ever since,” says Hampson. “He had the best ears for bird songs.”

However, Wilder was mostly an urban nomad, living much of his life at New York City’s Algonquin Hotel. Not until hours before he died on Christmas Eve did Wilder rewrite his will to give an annuity to the “birds and the bees.”

Today, these funds continue to help NWF’s conservation efforts to build critical habitat for birds and other wildlife.

How Can You Call a Bird Closer?
NWF Supporter Spotlight: Oatmeal Cartoonist Matthew Inman
Leave Your Own Legacy for Wildlife
More Ways You Can Help