News of the Wild: Dececember/January 2013

Dogs helping to count owls, bowhead whales that sing like songbirds and cold key for wolverines 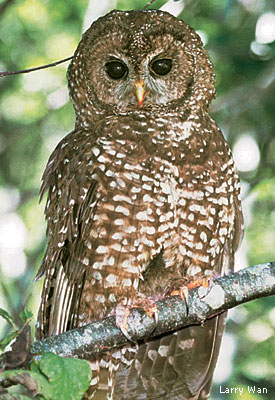 Since the 1980s, scientists canvassing the Pacific Northwest’s threatened northern spotted owl have relied on vocalization surveys that use simulated calls to elicit the bird’s hoots. As spotted owl range has been invaded by barred owls, which sometimes kill spotted owls, concerns have grown that spotteds may stop responding to vocalization surveys or that responding may open them to attack. “Wildlife managers spent years trying to get good forest practices in place that are contingent on spotted owl presence, and now the invading barred owl is hindering our ability to show it’s there,” says Samuel Wasser, director of the University of Washington Center for Conservation Biology.

Enter the canine corps: two dogs specially trained to sniff out northern spotted owl pellets—the undigested bones, fur and other prey bits the owls regurgitate. A study in northern California’s Shasta-Trinity National Forest focused on Shrek, a Labrador retriever mix, and Max, an Australian shepherd mix. The dogs scored an 87-percent detection probability during three searches, compared to 59 percent for six traditional vocalization surveys—nearly 30 percent better. “Vocalization surveys have a lot of value, and by no means are we suggesting that the dogs should replace the vocalization surveys,” says Wasser, who headed the study. “More work is needed to determine when the two methods work best together or if one is preferable over the other.”

When oceanographer Kate Stafford of the University of Washington’s Applied Physics Laboratory listened to audio picked up by a recording device in icy waters off Greenland’s Fram Strait, she was stunned to hear endangered bowhead whales singing a remarkable variety of songs throughout the cold season. “We hoped to record a few little grunts and moans,” Stafford says. “We were not expecting to get five months of straight singing.”

Not only did she and her colleagues record singing nearly every hour of the day and night, they picked up more than 60 unique songs. The size of the repertoire “more closely approaches that of songbirds than other . . . whales,” the researchers wrote in a paper in Endangered Species Research. The scientists believe bowhead males sing in mating season. “If this is a breeding ground, it would be spectacular,” Stafford says. “For such a critically endangered species, it’s important to know that there’s a reproductively active portion of the population.”

Cold is Key for Wolverines 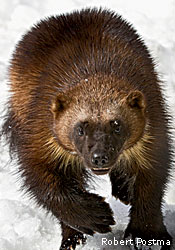 Wolverines range over large areas of snowy, mountainous habitat with a scarcity of winter prey. A new study published in the Journal of Mammalogy suggests wolverines take advantage of their chilly clime, however, using crevices, boulders and snow to “refrigerate” foods such as elk carrion and ground squirrels collected during more plentiful times of year. The cold chambers protect the food from scavengers, insects and bacteria. By reducing the need to hunt, stored food allows mothers more time with their cubs, which is especially important from February to April, when wolverines are lactating and food sources are reduced.

“Understanding why and how wolverines exist where they do and the various adaptations they have evolved to eke out a living will better inform population management strategies and conservation of the species,” says lead author Robert Inman of the Wildlife Conservation Society.