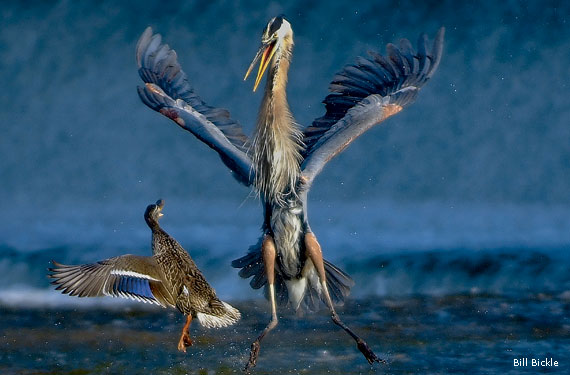 WITH THE SAFETY of her newly hatched offspring at stake, this female mallard was not about to be bullied by a great blue heron. “I watched the heron fly in and prance around,” says Bill Bickle, who photographed the confrontation during June along the Moira River in Ontario, Canada. “Herons have been known to eat ducklings, but this mallard was very tenacious and stood her ground.” After several minutes, the heron gave up stalking its prey and flew away.