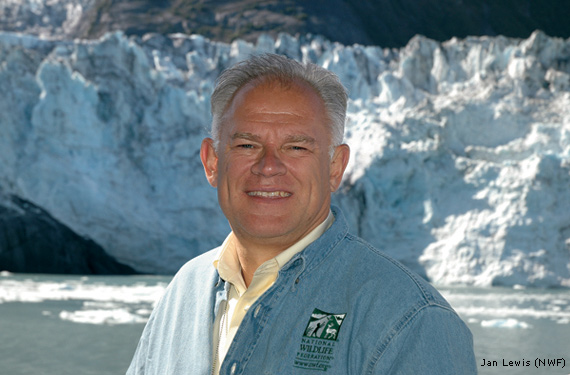 AFTER A DECADE OF SERVING AS NWF'S PRESIDENT AND CHIEF EXECUTIVE OFFICER, Larry J. Schweiger announced his retirement this spring. “This is very bittersweet for me,” he says, “but I look forward to expanding my range of work on conservation issues, writing another book on climate change solutions and, most importantly, spending more time in nature with my family.” Schweiger and his wife, Clara, have three adult daughters and five grandsons.

Schweiger grew up in western Pennsylvania, where he developed an early love for the outdoors during family woodland trips. He first served NWF as its senior vice president of conservation programs in the 1990s and, after terms as first vice president of the Chesapeake Bay Foundation and chief executive officer of the Western Pennsylvania Conservancy, he returned to take NWF’s reins in 2004.

Schweiger soon made fighting climate change a top Federation priority. His book on global warming, Last Chance: Preserving Life on Earth, won first prize for nonfiction in the 2011 Next Generation Indie Book Awards. The same year, Schweiger won the Citizens for Pennsylvania’s Future Visionary Award for his leadership in raising awareness about the impacts of climate change and for his commitment to clean-energy solutions. His tenure at the Federation was marked by his determined efforts to safeguard the nation’s wildlife against this and other threats.

“Larry’s leadership will echo throughout NWF’s actions and achievements for many years to come,” says Anthony Caligiuri, NWF senior vice president for conservation and education programs. “I am sure we will continue to hear from him as a strong voice in conservation.”