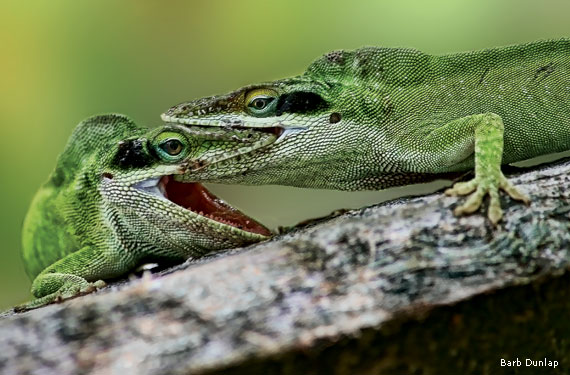 LOCKING JAWS, TWO MALE GREEN ANOLES battle over a breeding territory in late April. Barb Dunlap discovered the two combatants on a fence in her yard in northern Georgia and immediately photographed them. “I always carry my camera when I go outside,” she says.

Common to the southeastern United States, green anoles are arboreal lizards that can grow as long as 8 inches and are capable of changing their color from bright green to brown.