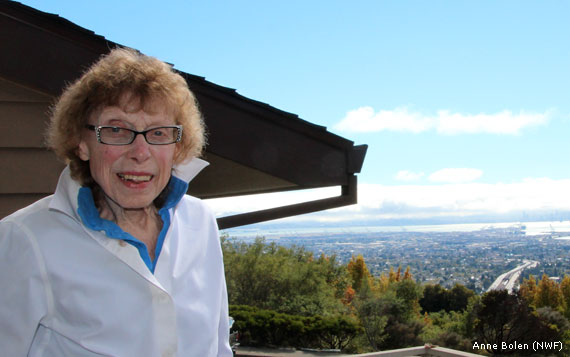 For Gaile Russ, an NWF supporter for more than four decades, “It is all about the animals.” Her donation of $25,000 is helping San Francisco-based Golden Gate Cetacean Research, a new NWF partner, compile the first photo catalogue of harbor porpoises. Bill Keener, one of the team’s scientists, says, “We are extremely grateful for her and NWF’s support.”

Russ, a California resident since 1939 and a former local newspaper reporter, has witnessed a lot that’s happened in her state, including a fire that engulfed her community, killing people and many of the wild animals she enjoyed seeing around her home. Before her husband died, she told him that she wanted their money to go toward helping animals. She now donates to some 40 organizations, including the Federation.

Russ advises everyone to take a moment to appreciate wildlife. “You never miss the water ‘til the well is dry,” she says.

To leave your own legacy for wildlife, go to www.nwf.org/Legacy.