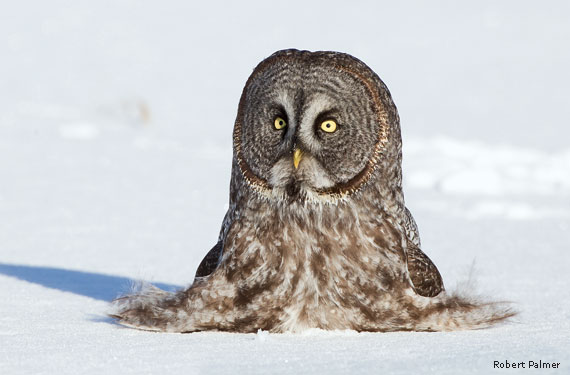 STANDING ON A ROAD last February in Alberta, Canada, Robert Palmer snapped the shutter on his camera just as this great gray owl swooped down on a field mouse in an adjacent snowy field. “The owl stayed there for a few seconds before flying off,” Palmer says. During an irruption of the owls last winter, large numbers of great grays descended on parts of Canada and the northern United States.