With building collisions killing up to a billion birds a year, scientists strive to make safer window glass that consumers will agree to use 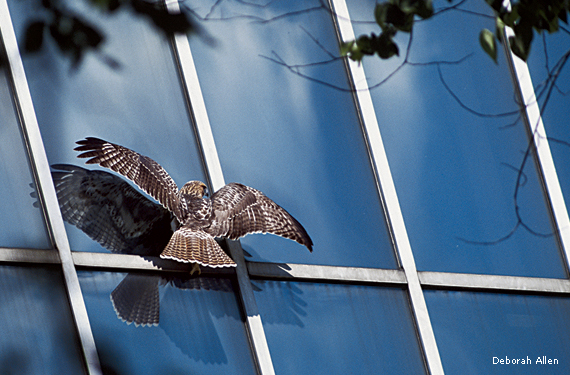 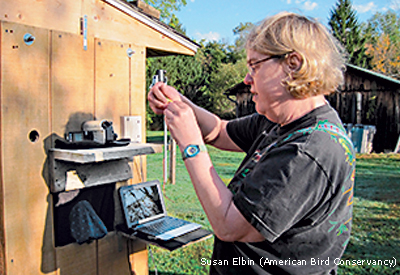 ORNITHOLOGIST CHRISTINE SHEPPARD squints into the darkness of what looks like a stretch-limo version of a garden shed. One end sports high-tech glass from an industrial R&D lab. From a hole at the other end dangles a child’s pajama leg.

The setup, at Powdermill Avian Research Center in Rector, Pennsylvania, is one of three in the United States testing ways to keep birds from crashing into windows. The pajama leg offers a soft chute for Sheppard’s crew to slip a wild bird into the dark end of the long tunnel. Then comes the suspense: A video-recorder screen the size of a playing card shows the silhouette of the bird inside as it bolts toward a pair of light-filled windows at the far end of the tunnel. A pattern marks one window and—if all goes well—warns the bird away before a collision.

In the test tunnel, nets barely visible to human eyes keep birds from hurting themselves, but the outside world can be deadly. Collisions with buildings kill somewhere between 365 million and 988 million birds each year, according to a February 2014 estimate from researchers at Oklahoma State University and the Smithsonian Migratory Bird Center in Washington, D.C.

It's the Glass, Stupid

Protecting birds from windows has inspired research for four decades—and it’s not an easy challenge. Designing the bird-safe windows of tomorrow is hard enough. But the even harder problem may be coaxing people to give up the windows of today.

Daniel Klem was a graduate student in the early 1970s when he sat down on a bench in front of the mirrored-glass chemistry building at Southern Illinois University–Carbondale. “It only took about 20 minutes,” he remembers. A mourning dove thumped against an upper story of the building so hard that feathers scattered, and the bird dropped to die on the ground.

At the time, no one knew why birds fly into glass. A 1931 scientific report on yellow-billed cuckoo crashes treated the deceased as “rare, self-destroying incompetents,” says Klem, now at Muhlenberg College in Allentown, Pennsylvania. Not so, he decided after conducting experiments.

“It’s the glass, stupid,” is Klem’s sloganized conclusion. Birds just don’t see clear glass as an obstacle. Reflections may even lure them toward what appear to be trees, grass or other shelter that actually lie behind them. Klem’s results helped establish what’s now known as the two-by-four rule: Most birds won’t fly through a space less than 2 inches high between horizontal stripes or 4 inches wide between vertical stripes. But this finding has had conspicuously little impact on offices, homes, airports, bus shelters and the rest of the increasingly glassy world. Crash-prevention markings still are not common. “People told me time and time again, ‘You know, Dan, you go mucking around with the way people look through their windows, and you’re going to lose,’” Klem says.

Then came a report in 1978 that homing pigeons react to ultraviolet (UV) light. It turns out that while people can’t see the very short wavelengths that make up UV light, pigeons and many other bird species can. In theory, window patterns that show up only in UV could warn birds of a no-fly zone while giving humans a clear view. “From the very instant I read about it, I was excited,” Klem says. “I was beside myself, thinking this could be the Holy Grail.” 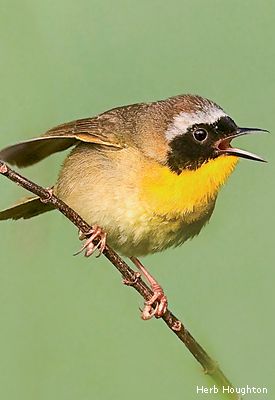 Maybe. Maybe not. Designing a warning pattern, UV or otherwise, means taking a bird’s-eye view. For one thing, most birds’ eyes are on the sides of their heads. “Birds have got this fantastically comprehensive visual field,” says vision scientist Graham Martin of the University of Birmingham in England. “But the best vision for most birds is actually out sideways.”

In some big birds, such as eagles, bustards and two vulture species, Martin has found a gap between the visual fields of the left and right eyes that leaves a blind spot roughly above where birds’ “foreheads” might be. “As soon as they start to look down, they’re effectively flying blind,” he says. This gap means the birds may not even see a building or a wind turbine ahead, never mind a warning pattern on it. “They’re flying with the assumption—that has been a pretty good one for the last God knows how many millions of years—that there won’t be anything sticking up in the way,” Martin says.

Songbirds (such as the common yellowthroat, above, and wood thrush, below), which are more often killed by windows than are big scavengers and birds of prey, do not have this big frontal blind spot. But even for them, “forward vision is not so good,” Martin says. Birds, like people, typically get their sharpest view in the center of the eye’s field of view. For side-eyed birds, that’s to the side. Martin predicts that patterns to the front probably need to be extra bold for songbirds to notice them.

Another problem is that birds’ eyes are not as sensitive to contrast as people’s are. For a typical bird to pick out a pattern in different shades of gray, for example, the contrast between grays has to be much greater than it would for a human observer.

The biggest challenge? To encourage manufacturers to develop bird-safe glass—especially if high-tech UV patterns can work—there has to be a market for it. “You have to get to the architects,” says Sheppard, who serves as bird collisions campaign manager for the American Bird Conservancy. Five years ago, she helped the U.S. Green Building Council develop a way to calculate a building’s lethality to birds. In 2011 the council launched a pilot program to give credit for collision deterrence as part of its LEED program, or Leadership in Energy & Environmental Design, which certifies buildings as environmentally responsible. To get the credit, architects have to minimize dangerous glass, and their window acreage can expand in proportion to how well the glass performs in Sheppard’s tunnel-sheds.

Because windows are only one of many perils birds face, estimating the impact collisions have on entire species is difficult. For many bird lovers, though, buildings that kill any wildlife can be disturbing regardless of total population trends. In Washington, D.C., architect and City Wildlife President Anne Lewis joins volunteers for the wildlife rescue and rehabilitation group who get up before dawn to document and collect birds that have crashed against glass. Sometimes she picks up stunned birds, placing them in paper bags to rest before being released in a leafy park far from dangerous glass. “Sometimes they die in your hand,” she says. “It makes a believer out of you.” 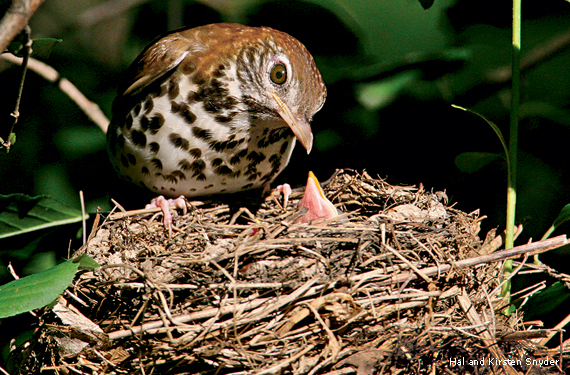 Susan Milius is a bird-friendly reporter at Science News, which published a longer version of this article, “Collision Course,” in its September 21, 2013 issue.