After half a century, the U.S. Wilderness Act is still safeguarding roadless areas, but many premier wild lands still lack protection 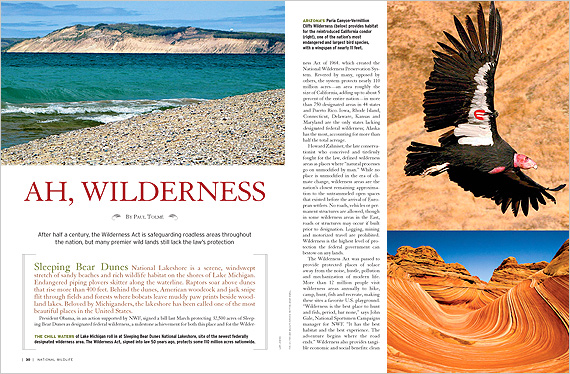 SLEEPING BEAR DUNES NATIONAL LAKESHORE is a serene, windswept stretch of sandy beaches and rich wildlife habitat on the shores of Lake Michigan. Endangered piping plovers skitter along the waterline. Raptors soar above dunes that rise more than 400 feet. Behind the dunes, American woodcock and jack snipe flit through fields and forests where bobcats leave muddy paw prints beside woodland lakes. Beloved by Michiganders, the lakeshore has been called one of the most beautiful places in the United States.

President Obama, in an action supported by NWF, signed a bill last March protecting 32,500 acres of Sleeping Bear Dunes as designated federal wilderness, a milestone achievement for both this place and for the Wilderness Act of 1964, which created the National Wilderness Preservation System. Revered by many, opposed by others, the system protects nearly 110 million acres—an area roughly the size of California, adding up to about 5 percent of the entire nation—in more than 750 designated areas in 44 states and Puerto Rico. Iowa, Rhode Island, Connecticut, Delaware, Kansas and Maryland are the only states lacking designated federal wilderness; Alaska has the most, accounting for more than half the total acreage.

Howard Zahniser, the late conservationist who conceived and tirelessly fought for the law, defined wilderness areas as places where “natural processes go on unmodified by man.” While no place is unmodified in the era of climate change, wilderness areas are the nation’s closest remaining approximation to the untrammeled open spaces that existed before the arrival of European settlers. No roads, vehicles or permanent structures are allowed, though in some wilderness areas in the East, roads or structures may occur if built prior to designation. Logging, mining and motorized travel are prohibited. Wilderness is the highest level of protection the federal government can bestow on any lands.

The Wilderness Act was passed to provide protected places of solace away from the noise, hustle, pollution and mechanization of modern life. More than 12 million people visit wilderness areas annually to hike, camp, hunt, fish and recreate, making these sites a favorite U.S. playground. “Wilderness is the best place to hunt and fish, period, bar none,” says John Gale, National Sportsmen Campaigns manager for NWF. “It has the best habitat and the best experience. The adventure begins where the road ends.” Wilderness also provides tangible economic and social benefits: clean water and watershed protection, carbon storage and educational and scientific opportunities.

For wildlife advocates, wilderness areas provide another benefit: These lands are refuges for, and offer the best opportunities to see, some of our most iconic, treasured and threatened wildlife species. The endangered California condor, largest bird in North America, soars above the red-striped rock formations of Paria Canyon-Vermillion Cliffs Wilderness in Arizona. Jaguars have been documented in and near the state’s Pajarita and Mount Wrightson Wilderness areas. “Wilderness areas are a haven for native species,” says Mike Quigley, director of The Wilderness Society office in Arizona. “People like to know that there are areas out there where jaguars are wandering around.” 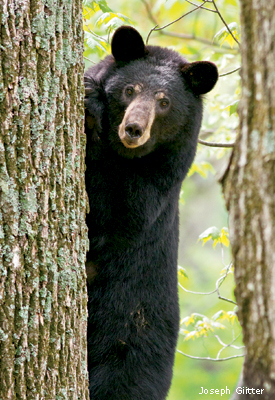 Grizzlies inhabit the Pasayten Wilderness in Washington state, where researchers are studying bear migration patterns between the United States and Canada. In the Southeast, the Joyce Kilmer-Slickrock Wilderness and Middle Prong Wilderness areas along the North Carolina-Tennessee border contain some of the best black bear habitat in the Appalachians and shelter some of the healthiest populations of native brook trout.

Pine martens, members of the weasel family, have some of their healthiest populations in New England’s Great Gulf, Sandwich Range and Pemigewasset wilderness areas. Pine martens require mature tracts of forest to hunt and travel, jumping from tree to tree in the forest canopy. safe from predators. Logging and housing development have diminished large stands of mature forest, underscoring the importance of Wilderness Act protection. Designated areas in New England also harbor declining bird species, including the wood thrush, Blackburnian warbler and black-backed woodpecker, that nest and feed in tree cavities and standing deadwood, characteristics of uncut forest.

The Okefenokee Wilderness in Georgia is one of the last strongholds for red-cockaded woodpeckers, which have edged closer to extinction because of the loss of native southern pine forests to timber plantations and development. “They like older stands of long leaf or yellow pine,” says Sara Aicher, wildlife biologist in the Okefenokee National Wildlife Refuge. “Those are the forests that were cut down across the Southeast in the mid-1900s.”

Wilderness in the Lostwood National Wildlife Refuge of North Dakota is a haven for grassland birds, including the Sprague’s pipit and Baird’s sparrow, whose populations have withered because of agriculture, grazing and development. “Both of those birds need continuous tracts of native prairie that have never been plowed,” Refuge Manager Kory Richardson says. 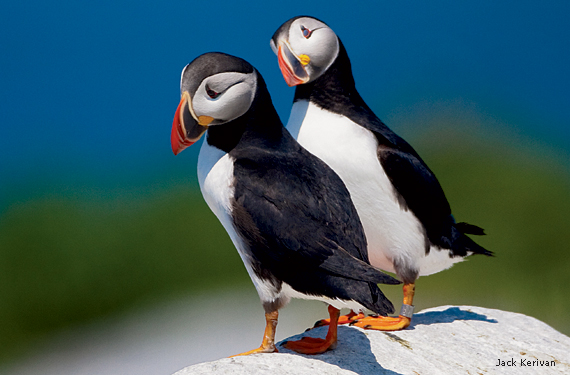 Unfortunately, many potential wilderness areas remain in limbo because of congressional inaction. Both houses of Congress must approve designations before the president can sign them into law. Until the Sleeping Bear Dunes action earlier this year, no new wilderness had been created since 2009—making the previous Congress the first since the 1964 law was passed to enact no wilderness legislation. “Wilderness has been used as a political football,” says Bentley Johnson, manager of federal advocacy for NWF’s Great Western Landscapes campaign. “Partisan politics has affected many issues debated in Washington, and wilderness is no exception.”

NWF, The Wilderness Society and other conservation groups are urging congressional action on many stalled federal wilderness bills that would be of immense benefit to wildlife. Passage of the San Juan Mountains Wilderness Act would expand wilderness near Telluride, Colorado, including habitat important to bighorn sheep and Canada lynx, which were reintroduced to the San Juans from 1999 to 2010. Because lynx prefer undisturbed mountain habitat, they are “synonymous with the idea of wilderness,” Gale says.

More alpine designations in Colorado also would benefit wolverines, which are susceptible to impacts from snowmobiles and skiers during winter, when females burrow dens into snow at high elevations. “Wolverines occupy the rock and the ice,” says Gale, NWF lead on a federal wolverine restoration project. “Colorado is one of the last places that still has huge areas of undeveloped wilderness-quality alpine land.”

Potential wilderness areas span the nation. The Arizona Sonoran Desert Heritage Act would protect roughly 954,000 acres west of Phoenix that is home to the desert tortoise, a species listed as threatened across much of its range. The Maine Coastal Islands Wilderness Act would protect undeveloped lands on 13 islands off the Maine coast that are important to seabirds, including puffins (above), razorbills and black guillemots. The Pine Forest Range Recreation Enhancement Act would create 26,000 acres of wilderness in Nevada and connect habitat for pronghorn, mule deer and sage grouse.

The Devil’s Staircase Wilderness Act would protect 30,000 acres near the southern coast of Oregon, an area of old-growth forest populated by elk, river otters and spotted owls. The Tennessee Wilderness Act would create the new Upper Bald River Wilderness, an area that locals call the Heart of Darkness. “It’s rugged and inaccessible,” says Brent Martin, Southern Appalachian regional director for The Wilderness Society. “For people who seek a remote, deep and dark spot on the map in the South, this is it.” In Colorado, the Hermosa Creek Watershed Protection Act would create 37,000 acres of wilderness that would protect one of the state’s purest strains of native greenback cutthroat trout. 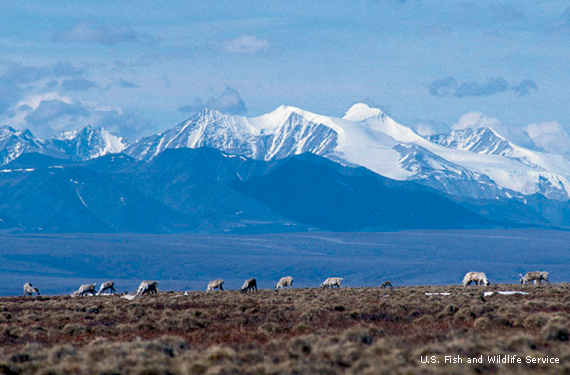 One of the highest-priority potential designations is Alaska’s 1.5-million-acre coastal plain in the Arctic National Wildlife Refuge (above). The area provides crucial habitat for polar bears and serves as a calving ground for the Porcupine caribou herd that sustains the indigenous Gwich’in Nation, making the coastal plain a treasure for both wildlife and native peoples. A wilderness designation would protect vital denning habitat for polar bears, which are losing den sites because of receding sea ice, an artifact of global warming. The U.S. Fish and Wildlife Service is completing a conservation plan that could recommend a wilderness designation. “We are calling on the Obama administration to complete that process and finalize that recommendation,” Johnson says.  The recommendation also would give momentum to the Udall-Eisenhower Arctic Wilderness Act in Congress, which would protect the coastal plain as wilderness.

The Rocky Mount Front Heritage Act would add 50,000 acres to Montana’s Bob Marshall Wilderness—named after an early advocate of wilderness protection—and 16,000 to Scapegoat Wilderness along the Rocky Mountain Front, where the Rockies meet the plains. The region is a mix of prairie, forest and tundra and hosts wolves, bighorn sheep, bull trout and one of the nation’s largest migratory elk herds at about 3,000 animals. “As a transition zone between mountains and prairies, it’s one of the richest wildlife habitats in Montana,” says Tom France, NWF’s Northern Rockies regional executive director. “This area has everything from spectacular scenery to one of the densest grizzly populations in the Lower 48.”

To break the logjam in Congress, wilderness advocates are trying new tactics. Many wilderness bills today offer initiatives that help multiple-user groups and that stress economic benefits. The Forest Jobs and Recreation Act, for example, would both create nearly 700,000 acres of new wilderness and help Montana’s struggling timber towns by identifying noncontroversial timber sales that have wide support. Without this jobs component, the designation would have little chance of approval. “There is room on national forestlands to have a thriving local timber sector and also protect key wild areas,” France says. “This is an example of how we are much better working together.”

Even with collaboration, however, wilderness bills face tough odds. As this article went to press, chances for more designations seemed remote until after the November elections, though public-opinion polls have consistently shown that Americans overwhelmingly support wilderness. “It is important for the human psyche to know there are true wilderness areas where humans are just visitors and the land is uninterrupted and unspoiled,” Johnson says. “With our fast-paced lifestyle, wilderness is more important than ever."

Upon signing the Wilderness Act 50 years ago, President Lyndon Johnson articulated a call to action that rings even truer today: “To the pioneer of history, the wilderness was a foe to be conquered. Today’s pioneer has a new purpose—to preserve some remnants of that wilderness from the onrush of modern civilization.”

NWF in Action: Wilderness Legacies
NWF has sought protection for wild lands since the 1930s, when it worked to preserve wetlands for waterfowl during the Dust Bowl years. A ceaseless advocate for wilderness designation, NWF supported passage of the Wilderness Act in 1964 and backed the most recent congressional action under the law, designation last March of wilderness in Indiana’s Sleeping Bear Dunes National Park. NWF is continuing to help build the nation’s Wilderness System, urging, for example, the designation of wilderness on Alaska’s coastal plain in the Arctic National Wildlife Refuge. The Federation also pursues a wide-ranging agenda for safeguarding public lands other than wilderness, including reform of the 1872 Mining Act and of oil and gas development on public lands. To learn more, go to www.nwf.org/publiclands.
Paul Tolmé is a frequent contributor to National Wildlife.