A photographer captures a stunning underwater photo of these birds 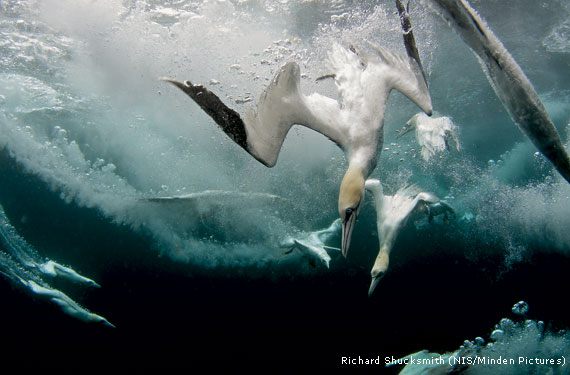 LIKE A HOST OF PILLAGING ANGELS, northern gannets plunge into the sea to feed on mackerel near the Scottish island of Noss, where 11,790 pairs of gannets nest during summer. Hoping for a novel image of the birds underwater, marine ecologist and photographer Richard Shucksmith found a rare calm day and headed out armed with fish and underwater gear. “It was phenomenal watching them dive, hearing them hit the water and being immersed in a sea of bubbles,” he says. 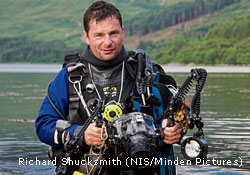 Adapted for high-speed dives—with fused nostrils and air sacs in the head and neck that inflate to absorb impact—the birds tuck their bodies and pierce the water like darts. Some then pump their wings and feet to propel themselves toward prey, which they swallow whole so it won’t be snatched away.