Nesting Birds Caught in the Act

From courtship to nesting to rearing young, photographs from our members capture magic moments in the lives of breeding birds 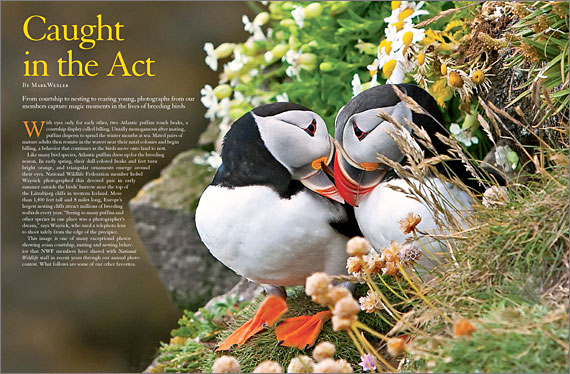 WITH EYES ONLY FOR EACH OTHER, two Atlantic puffins touch beaks, a courtship display called billing. Usually monogamous after mating, puffins disperse to spend the winter months at sea. Mated pairs of mature adults then reunite in the waters near their natal colonies and begin billing, a behavior that continues as the birds move onto land to nest.

Like many bird species, Atlantic puffins dress up for the breeding season. In early spring, their dull-colored beaks and feet turn bright orange, and triangular ornaments emerge around their eyes. National Wildlife Federation member Isobel Wayrick photographed this devoted pair in early summer outside the birds’ burrow near the top of the Látrabjarg cliffs in western Iceland. More than 1,400 feet tall and 8 miles long, Europe’s largest nesting cliffs attract millions of breeding seabirds every year. “Seeing so many puffins and other species in one place was a photographer’s dream,” says Wayrick, who used a telephoto lens to shoot safely from the edge of the precipice.

This image is one of many exceptional photos showing avian courtship, mating and nesting behavior that NWF members have shared with National Wildlife staff in recent years through our annual photo contest. What follows are some of our other favorites.

The Art of Nest Building 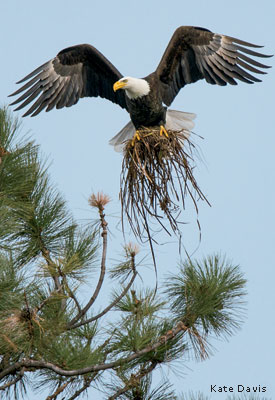 Whether massive or minuscule, nests make snug homes for eggs and offspring. In western Montana, a male bald eagle (left) hoists nesting materials to his waiting mate in late May. “Their chick already had hatched,” says NWF member Kate Davis, who photographed the eagles from her property along the Bitterroot River, “but the birds continued to build up their nest, which they use year after year.” 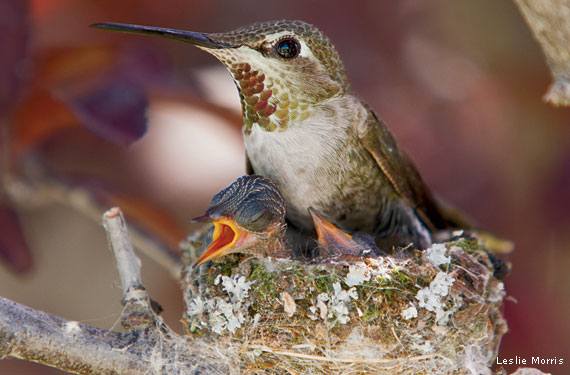 On a vastly smaller scale, a female Anna’s hummingbird and her young (below) pack into a cup nest built of lichen, spider webs and other bits of nature gathered in Sacramento, California. The nest’s location in a nearby tree made it easy for NWF member Leslie Morris to photograph the hummers from her own back porch.

Nurturing the Next Generation 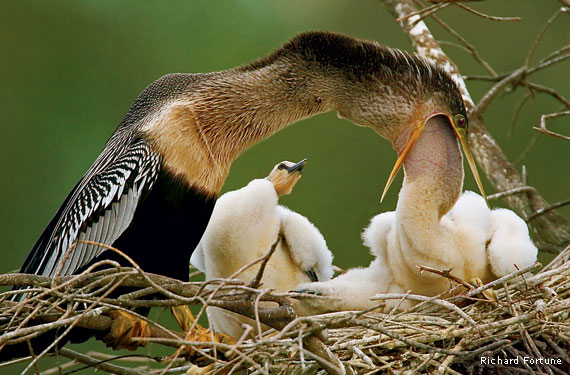 Parental devotion goes to great lengths as a female anhinga (above) opens wide to feed partially digested fish to her hungry hatchling in Florida’s Wakodahatchee Wetlands. Anhinga parents take turns feeding their young, which fledge about six weeks after hatching. In wildlife photography, “timing is everything,” admits Miami NWF member Richard Fortune, who was in the right place at the right time to capture this image. 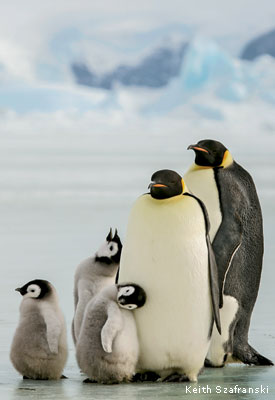 See amazing photos and
enter your own in the 2017
National Wildlife Photo Contest!