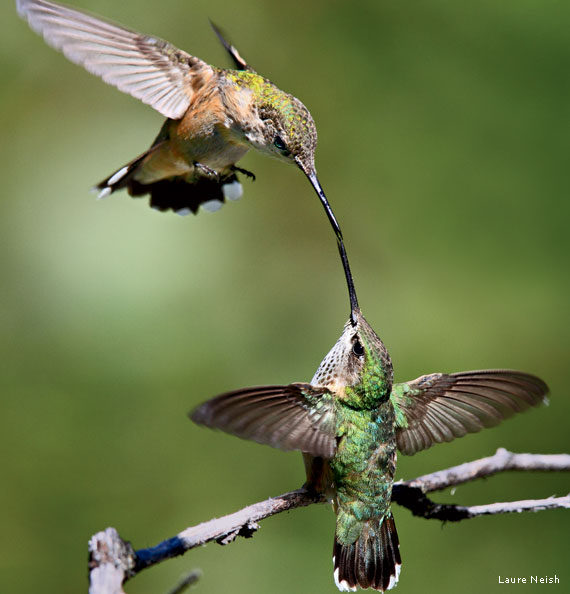 “THIS WAS A SHOT IN A MILLION,” says birder Laure Neish, who captured this split-second touch between calliope hummingbirds in British Columbia. These tiny hummers appear to be “buzzing,” typically part of a mating ritual when a male hovers above a perched female while buzzing loudly. Because the top bird is likely a juvenile male, however, this could reflect simple aggression. In any case, the noise caught Neish’s ear, so she turned, shot and caught this prize—awarded an Honorable Mention in National Wildlife magazine’s 2015 photo contest.