Lauding the past and paying it forward 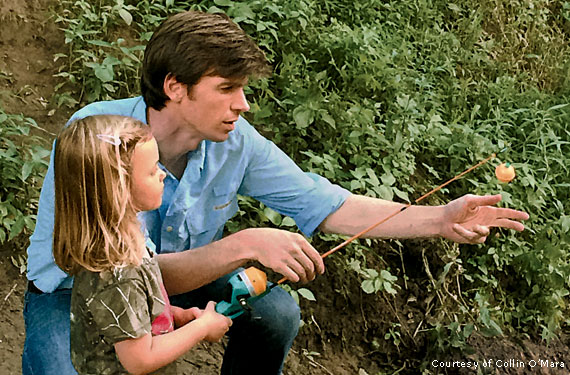 EIGHTY YEARS AGO, hundreds of American hunters, anglers, gardeners, birders and other conservationists came together in Washington, D.C., because wildlife was in crisis. Millions of acres of habitat had devolved into dust bowls, denuded forests and degraded wetlands. Bison, bighorn sheep, deer, elk and bear were scarce, and many species of waterfowl and other birds—from wood ducks and egrets to passenger pigeons and heath hens—had been decimated or wiped out by market hunting.

The gathered leaders united not as Republicans or Democrats but as America’s conservation army: the National Wildlife Federation. Led by Jay Norwood “Ding” Darling, they demanded action from policymakers—and the results were swift. Within a year, the Federation, its state affiliates and partners had convinced Congress to pass dedicated funding for game-species conservation and to commit hunting-license revenue to wildlife management.

Flash forward 80 years and see what we—staff, members and affiliates—have all accomplished together. We’ve helped secure funding and pass legislation that has yielded cleaner waters, vast acres of protected wildlife habitat, curbs on pollutants and protections for at-risk species. In fact, we’ve helped many species, from bears to bald eagles, come roaring back.

We’ve also made big strides in environmental education through Ranger Rick® magazine and our Eco-Schools USA and Schoolyard Habitats® programs, which are now helping more than 5 million children annually gain an appreciation of nature. We are also helping hundreds of thousands of backyard gardeners —even entire cities—connect with wildlife by planting native trees, shrubs and flowers for pollinators, birds and other species.

For all of our victories together, wildlife still faces vexing challenges from habitat fragmentation, pollution, invasive species, disease, drought and climate change. But what most acutely keeps me up at night is that fewer Americans have a relationship with the outdoors than at any time in U.S. history. In this urban, electronic age, it’s essential that we connect people with nature so they will advocate on behalf of wildlife.

As we celebrate our progress during the past 80 years and prepare to confront the challenges ahead, I want to thank you for your steadfast support of our work, which will benefit future generations of children who inherit the fruits of our efforts. I am honored to help secure a brighter future for wildlife, together.