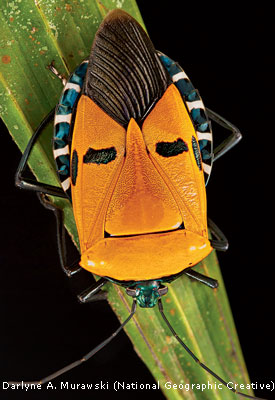 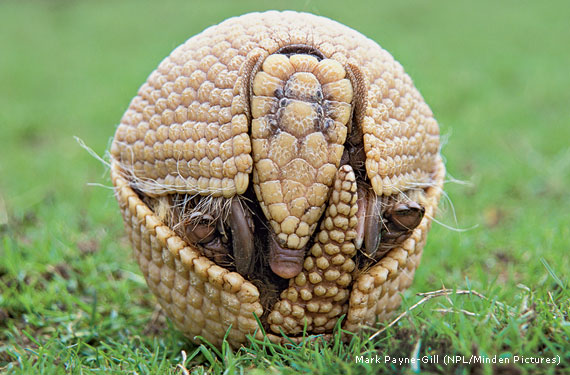 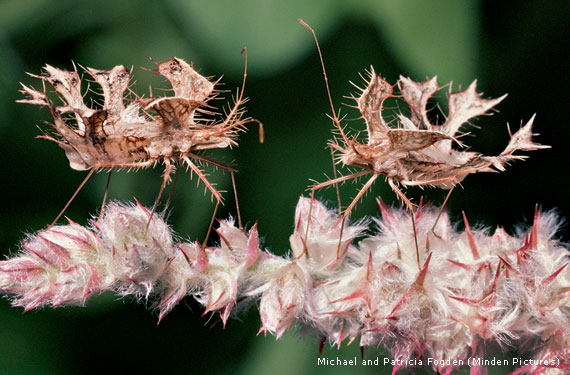 A pair of true bugs (Pephricus sp.) are camouflaged by a plant in South Africa. 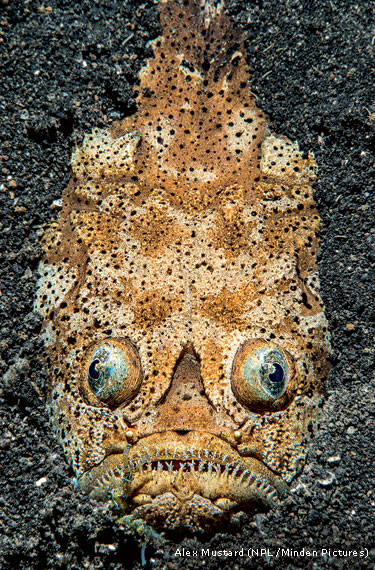 A reticulate stargazer in the Molucca Sea, Indonesia. 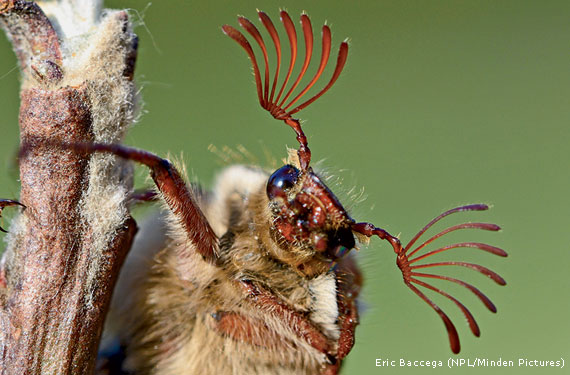 A cockchafer beetle in Alsace, France. 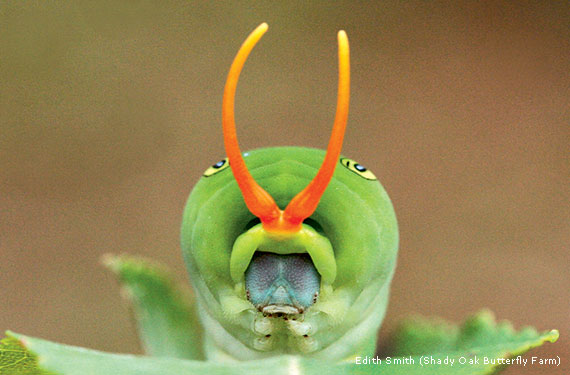