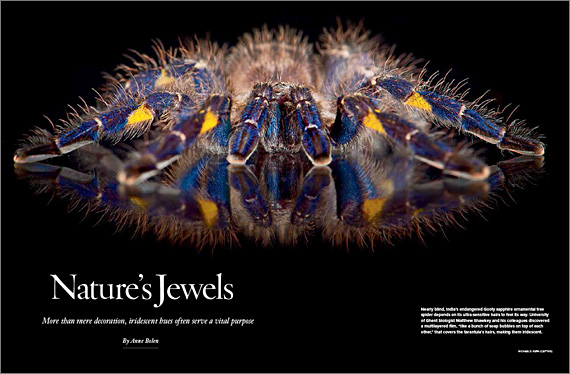 Nearly blind, India’s endangered Gooty sapphire ornamental tree spider depends on its ultra-sensitive hairs to feel its way. University of Ghent biologist Matthew Shawkey and his colleagues discovered a multilayered film, “like a bunch of soap bubbles on top of each other,” that covers the tarantula’s hairs, making them iridescent.

BIOLOGIST JÜRGEN OTTO has crawled through much of Australia in pursuit of one of his favorite photo subjects: peacock jumping spiders. During the past six years, he and a colleague have named nearly three dozen species of these tiny creatures. Though only a few millimeters long, the spiders are packed with personality. The males dance wildly, waving their legs and raising and oscillating their iridescent abdominal flaps, which resemble peacock feathers, to impress relatively drab, gray and brown females. The spiders’ large eyes are well-suited to take in the spectacle, which also adds to their charm, says Otto. “Once people start photographing them, it becomes addictive.”

Whether on a spider, bird or butterfly, iridescent colors captivate. Unlike pigment, which absorbs specific wavelengths of light, iridescence is produced when nanostructures in and on cells interact with, diffract or scatter light into different wavelengths. This can produce spectacular hues that change when viewed from different angles. 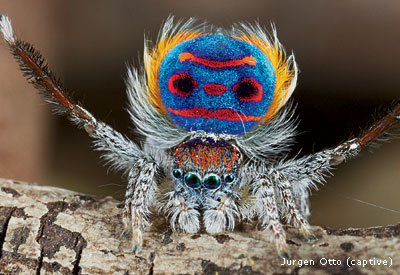 When courting, the male Maratus speciosus peacock spider—recently rediscovered in Australia—raises and vibrates his iridescent blue flap and waves his legs, using this flash dance to seduce a potential mate.

Many organisms, including algae, plants, mollusks, insects, amphibians, reptiles and birds, can be iridescent. The vivid colors could have evolved to help animals attract mates, defeat rivals and deter predators. Studies show their nanostructures could also help to absorb sunlight, repel water, reduce friction and more.

University of Ghent evolutionary biologist Matthew Shawkey recently discovered that the structure of the golden mole’s hair is what makes it shimmer. He uses 3-D printers to model iridescence and determine how altering the model’s nanostructures can change its colors. This could yield applications ranging from paints to toxic gas sensors.

“That animals can make color without using pigments is the coolest thing,” says Shawkey. Indeed, examining life at the nanoscopic level shows that iridescence is one of nature’s magic tricks: part photons, part optical illusion. 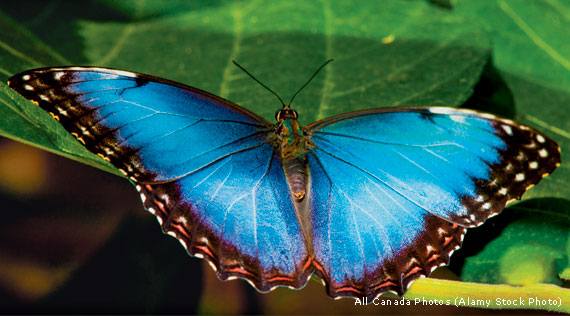 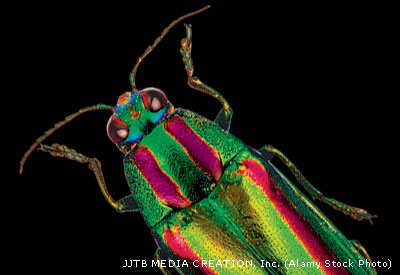 On the wings of Neotropical morpho butterflies (above), pine-tree-shaped scales diffract light, creating shimmering blues and greens. Some studies show that iridescent butterfly wings absorb sunlight, a helpful trait if the insect needs to warm up fast to fly away from a predator. Females also prefer more vibrant males, so older, faded males may be out of luck. The iridescent greens and purplish stripes on the Japanese jewel beetle’s elytra, or protective wing cases (right), can polarize light. Females awaiting a suitor will sit still with closed elytra on a tree’s leaves or twigs, camouflaged to predators but recognized by males, which detect polarized light. 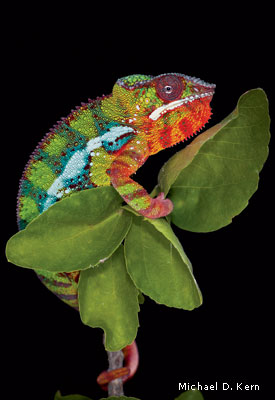 To lure a mate or chase away a rival, male Madagascar panther chameleons turn from mostly green or blue to yellow or red. Michel Milinkovitch and his team of University of Geneva scientists discovered these lizards change color by “adjusting spaces between nanoscopic crystals” found inside the iridophore cells deep in their skin. Like a field of ordered, broken glass, these nanostructures reflect varying wavelengths of light. As this iridescence is at the microscopic level, he explains, our eyes “average” these into one color. 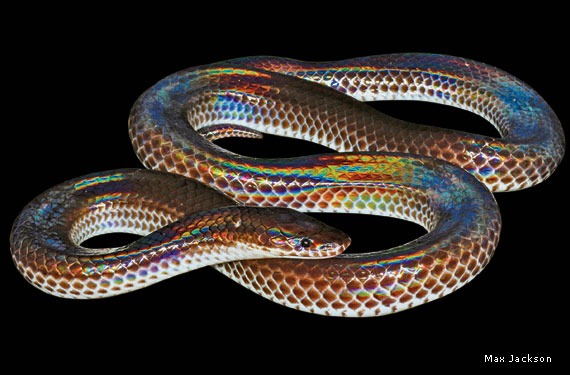 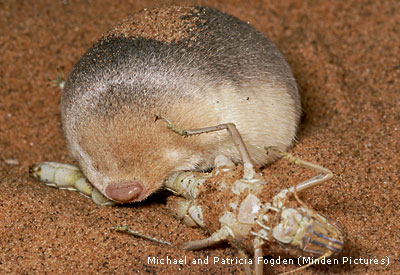 The sunbeam snake (above) of Southeast Asia also owes its iridescence to nanostructures, but in rainbow-colored reptiles, these structures are smooth and pillar-shaped, lying on top of the animals’ scales. Matthew Shawkey and colleagues discovered that golden moles (right)—blind insectivores endemic to sub-Saharan Africa—shimmer because their flat, paddle-shaped hairs are covered in cuticlelike scales, providing a slick, reflective surface. The nano structures on these snakes and moles could help keep them clean and dry while easing their way through dirt or sand. 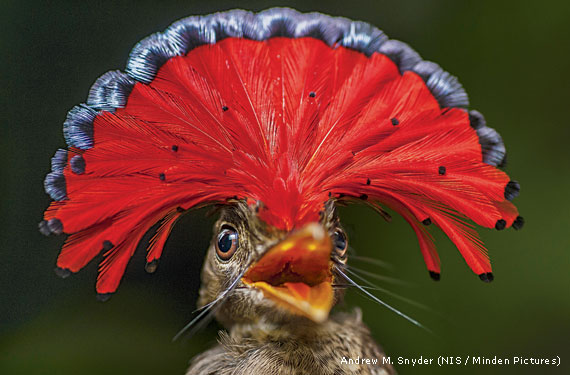 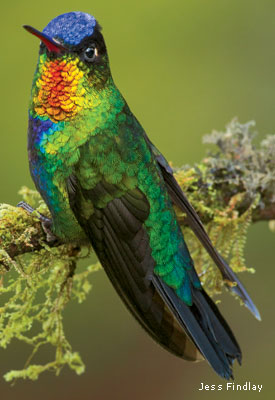 Slight differences in the spaces between the crystal-like nanostructures in peacock feathers give them an iridescent sheen. Males shake their elongated tail feathers violently to potentially scare a rival or attract a mate. Royal flycatchers (above) of either sex raise their crest, fringed in iridescent blue, while courting or fighting. They might also weave their heads and open their beaks to appear threatening. The glare of fiery-throated hummingbirds (left) could help these feisty birds defend their territories. To avoid attracting predators, iridescent hummingbirds may dress down, adjusting their angle to the sun to reduce their shine. As Milinkovitch points out, being flashy “isn’t always an advantage.” 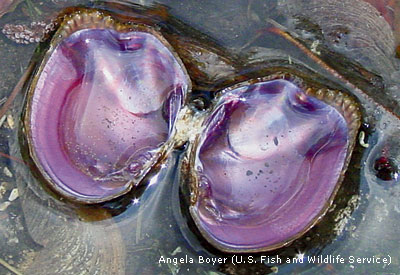 Freshwater mussels such as the purple cat’s paw secrete iridescent nacre, or mother of pearl, which protects the animals’ soft tissue from parasites and debris. Partnering with the U.S. Fish and Wildlife Service, the Kentucky Waterways Alliance (a National Wildlife Federation affiliate) is helping save this and other endangered aquatic species by acquiring funds for breeding and reintroduction programs. During the past three years, Kentucky’s Center for Mollusk Conservation reared 3,000 purple cat’s paws from a handful of wild survivors.