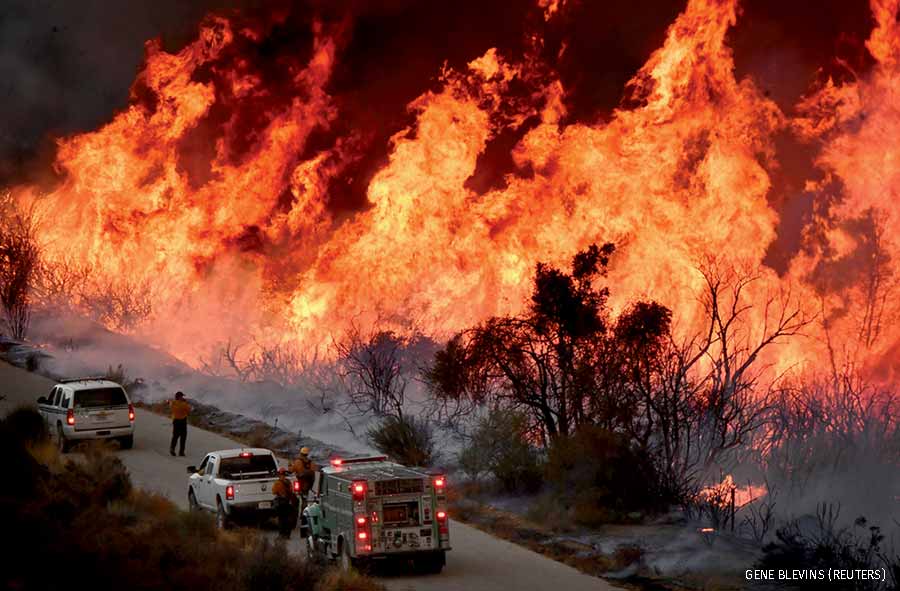 Last December, California’s massive Thomas fire devoured nearly 282,000 acres. It was just one of many deadly fires that torched more than 10 million acres.

MOST OF THE LASTING CONSERVATION VICTORIES  achieved by the National Wildlife Federation during our 82-year history have been forged through bipartisan cooperation. At a time when most Americans think bipartisanship is dead (understandably, given the dysfunction in Washington), I want to share a story that inspires hope.

Last year, this magazine covered the unprecedented megafires decimating wildlife habitat and communities, particularly in the West. While fire is natural and often rejuvenates ecosystems, we’re now experiencing frequent fires that burn earlier, longer and hotter than ever before. In 2017, U.S. fires consumed more than 10 million acres, the second highest acreage since 1952.

To address this growing threat, the U.S. Forest Service has been spending more than 50 percent of its budget fighting fires, “borrowing” from accounts meant for habitat restoration and watershed health, to the detriment of wildlife.

Today, I’m proud to share that the package of funding and management solutions our Federation advocated for passed the U.S. Senate and House of Representatives as part of the budget and was signed into law by the President. This victory was a direct result of years of hard work by NWF and our state and territorial affiliates, working with The Nature Conservancy, National Wild Turkey Federation, Theodore Roosevelt Conservation Partnership, Boone and Crockett Club, Congressional Sportsmen’s Foundation, Ruffed Grouse Society, American Forests, American Forest Foundation and other groups to develop bipartisan solutions.

With the generous support of our members, we were able to testify before Congress, share a policy resolution unanimously adopted by our affiliates, develop the comprehensive report “Megafires: The Growing Risk to America’s Forests, Communities, and Wildlife,” organize events in more than a dozen states, publish numerous op-eds and amplify the voices of hundreds of thousands of Federation members who advocated directly for a solution.

State affiliates such as Conservation Northwest in Washington and wildlife federations in Idaho, Montana and Wisconsin were deeply engaged. All this collaborative effort encouraged both Republicans and Democrats to make fire funding a priority and agree to the most significant natural resource conservation package in recent memory. Clearly, conservation is one cause that can still bring Americans together. This victory shows we’re making progress!