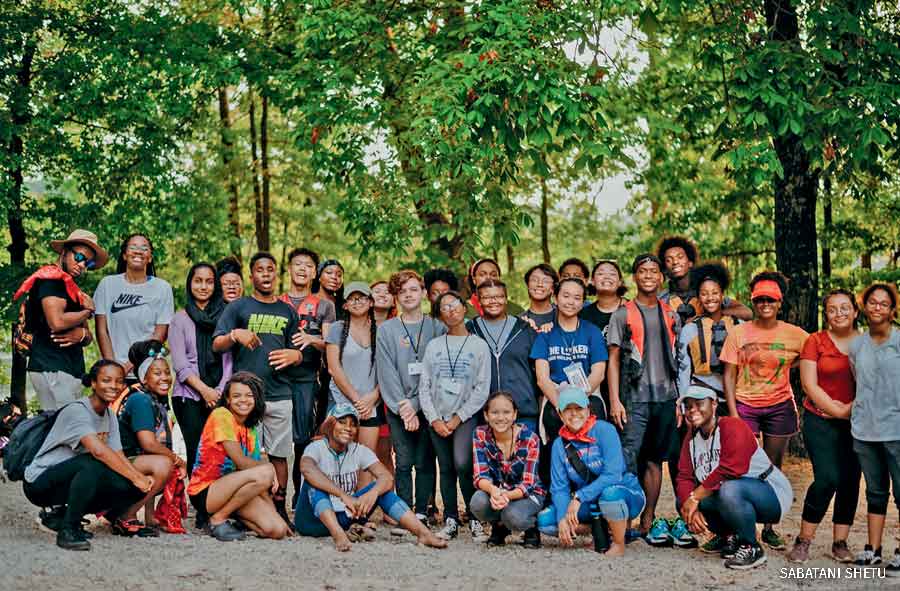 Earth Tomorrow is an NWF environmental-education and leadership program for multicultural teens in Atlanta. It offers after-school clubs and a week-long summer institute, such as the 2019 institute in Stone Mountain Park (above), to encourage students to spend time in nature and learn about conservation and environmental justice. Since the program began in 2001, more than 5,000 kids have participated. “We show students the importance of natural spaces in our communities,” says program coordinator and NWF Education and Outreach Manager Crystal Jennings.

Students in the after-school clubs choose their own projects, such as starting a recycling program or creating a rooftop produce garden. At the Summer Institute, students can shadow park rangers, botanists and others and attend an environmental job fair. At one such fair, Joshua Bellamy met an animal behaviorist who inspired him. Now a senior at Morehouse College, Bellamy works as a conservation educator at Zoo Atlanta and is studying animal psychology. “If it weren’t for Earth Tomorrow,” says Bellamy, “I definitely wouldn’t be doing this.” 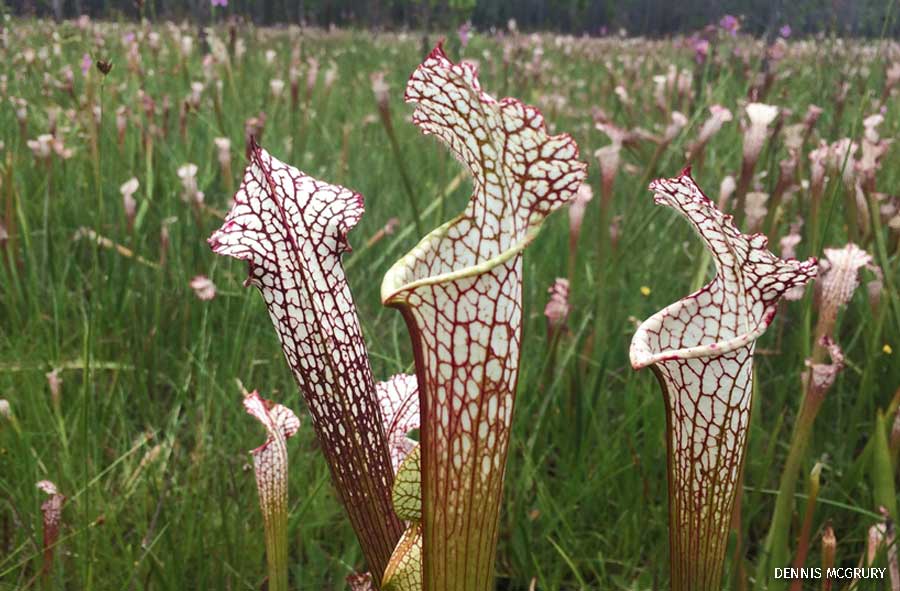 The Grand Bay National Wildlife Refuge winds along coastal Alabama and Mississippi and lies within one of the last expanses of endangered wet pine savanna, prime habitat for carnivorous pitcher plants (above). This refuge, along with the Grand Bay National Estuarine Research Reserve and other protected lands in the area, form a biologically rich region that supports more than 200 species of migratory birds. It’s also one of the few areas along the Gulf Coast where a transition from uplands to open water provides a connection of freshwater, estuarine and marine habitats. 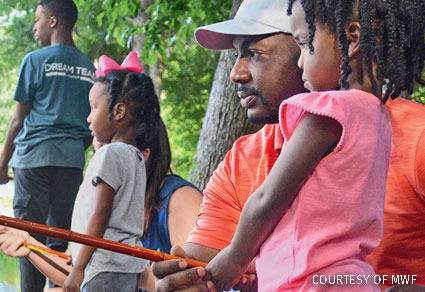 With restoration funds from the Gulf oil spill, Alabama acquired 2,830 acres in its portion of the Grand Bay refuge, and Mississippi bought some 1,600 acres in its part. Those acquisitions, supported by NWF, helped establish contiguous protected lands, allowing wildlife to travel through the refuge without crossing unprotected land. This kind of bridge through wildlife corridors “has been a real priority for NWF,” says Ryan Fikes, a Gulf Restoration scientist at NWF. “We need to think beyond state and political boundaries and recognize the importance of these transitional habitats.”

The Mississippi Wildlife Federation (MWF) strongly supported the acquisitions. “The goal is not just to buy and hold this land but to restore and manage it,” says Johnny Marquez, MWF’s Director of Coastal Programs. Volunteers in the group’s Habitat Stewards and Adopt-A-Stream programs help provide support. MWF also encourages kids to enjoy public lands through events such as Katfishin’ Kids (above). And MWF Executive Director Ashlee Smith plans to advocate for protecting natural resources and sporting rights. “We’re ready to take on new challenges,” she says. 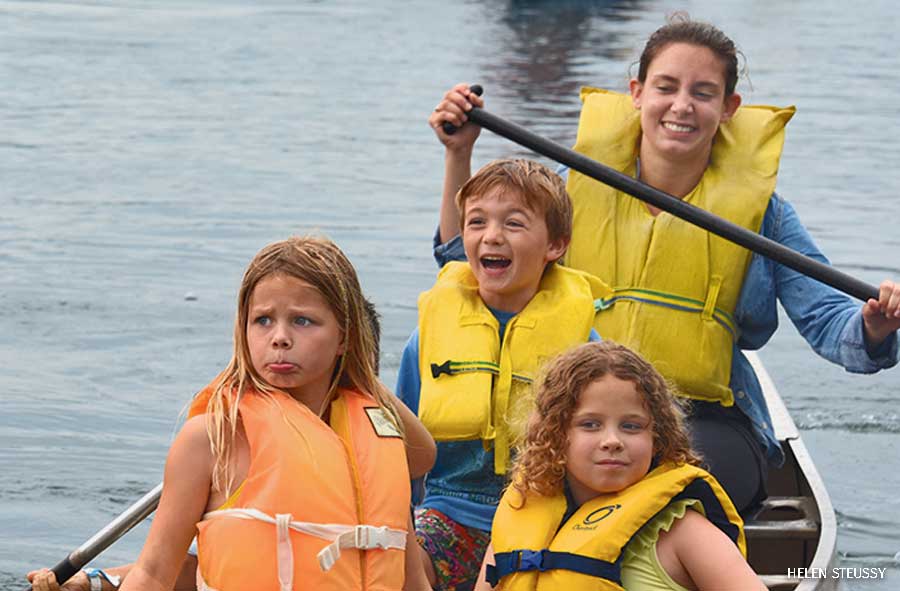 Next July along Northern California’s redwood coast, the nonprofit Family Nature Summits (FNS) will celebrate its 50th anniversary. Originally launched by the National Wildlife Federation to help connect people with nature, these week-long summits attract some 300 people a year who come to learn about nature and the outdoors through activities like hiking, canoeing (above) and more. Each summit attracts a diversity of people of all ages: In 2019, the oldest attendee was 92 and the youngest was two months. “The first day of a summit is like the biggest family reunion you’ve ever seen,” says FNS President Geri Rathburn Gagat. This year’s anniversary event will be “a summit in hyper mode.”