The species that first inspired birders 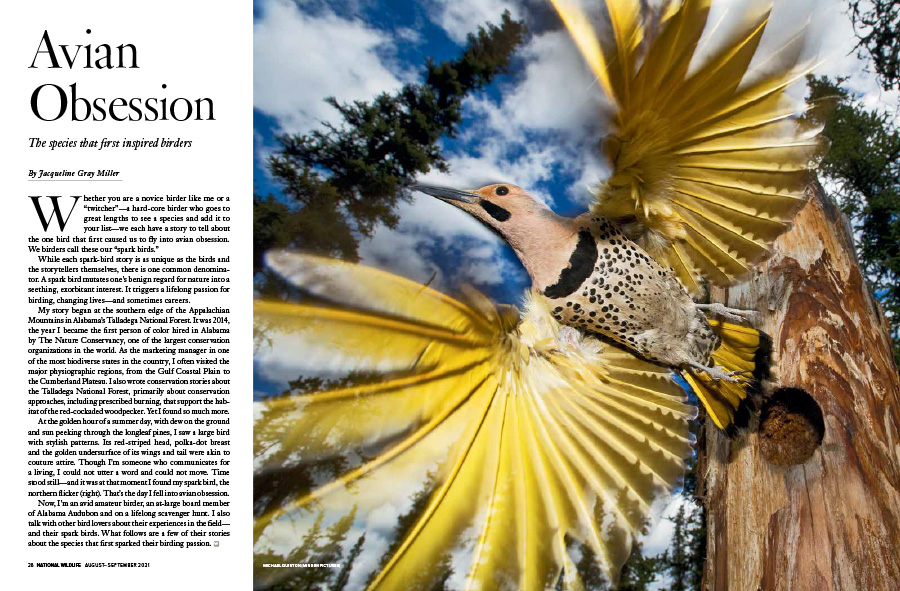 WHETHER YOU ARE A NOVICE BIRDER like me or a “twitcher”—a hard-core birder who goes to great lengths to see a species and add it to your list—we each have a story to tell about the one bird that first caused us to fly into avian obsession. We birders call these our “spark birds.”

While each spark-bird story is as unique as the birds and the storytellers themselves, there is one common denominator. A spark bird mutates one’s benign regard for nature into a seething, exorbitant interest. It triggers a lifelong passion for birding, changing lives—and sometimes careers.

My story began at the southern edge of the Appalachian Mountains in Alabama’s Talladega National Forest. It was 2014, the year I became the first person of color hired in Alabama by The Nature Conservancy, one of the largest conservation organizations in the world. As the marketing manager in one of the most biodiverse states in the country, I often visited the major physiographic regions, from the Gulf Coastal Plain to the Cumberland Plateau. I also wrote conservation stories about the Talladega National Forest, primarily about conservation approaches, including prescribed burning, that support the habitat of the red-cockaded woodpecker. Yet I found so much more.

At the golden hour of a summer day, with dew on the ground and sun peeking through the longleaf pines, I saw a large bird with stylish patterns. Its red-striped head, polka-dot breast and the golden undersurface of its wings and tail were akin to couture attire. Though I’m someone who communicates for a living, I could not utter a word and could not move. Time stood still—and it was at that moment I found my spark bird, the northern flicker (above). That’s the day I fell into avian obsession.

Now, I’m an avid amateur birder, an at-large board member of Alabama Audubon and on a lifelong scavenger hunt. I also talk with other bird lovers about their experiences in the field—and their spark birds. What follows are a few of their stories about the species that first sparked their birding passion. 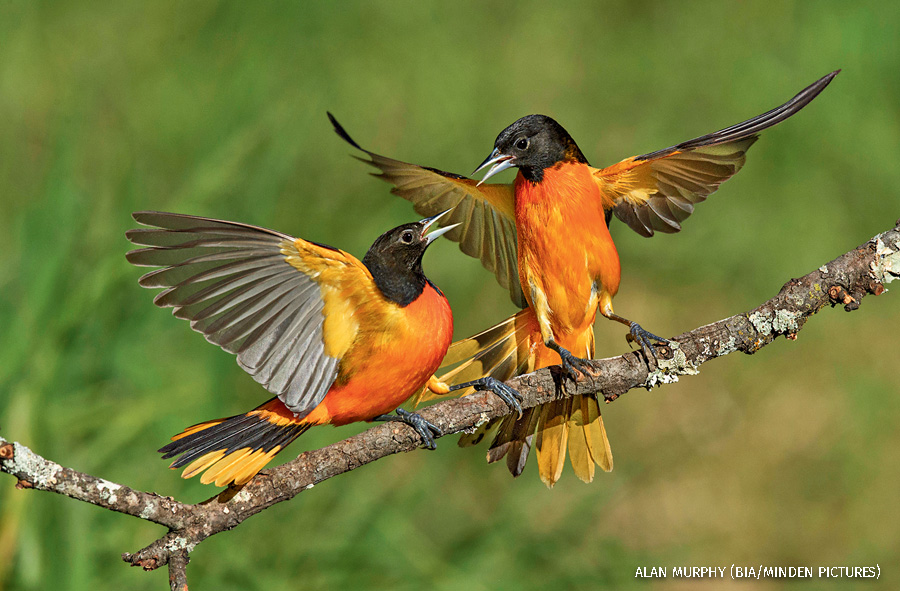 "My bird was the brilliant orange-and-black Baltimore oriole that flew in front of me while I was outside one sunny afternoon in a Pittsburgh, Pennsylvania, suburb. The sun hit the bird in a way that made it look like it was on fire. I was talking to a buddy of mine from South Carolina over the phone, and he asked me if I was okay because I became so excited. That was 10 years ago. I was unhappily working as a claims representative settling bodily-injury claims. Now, I happily work for the South Carolina Wildlife Federation as their Habitat Education Manager." 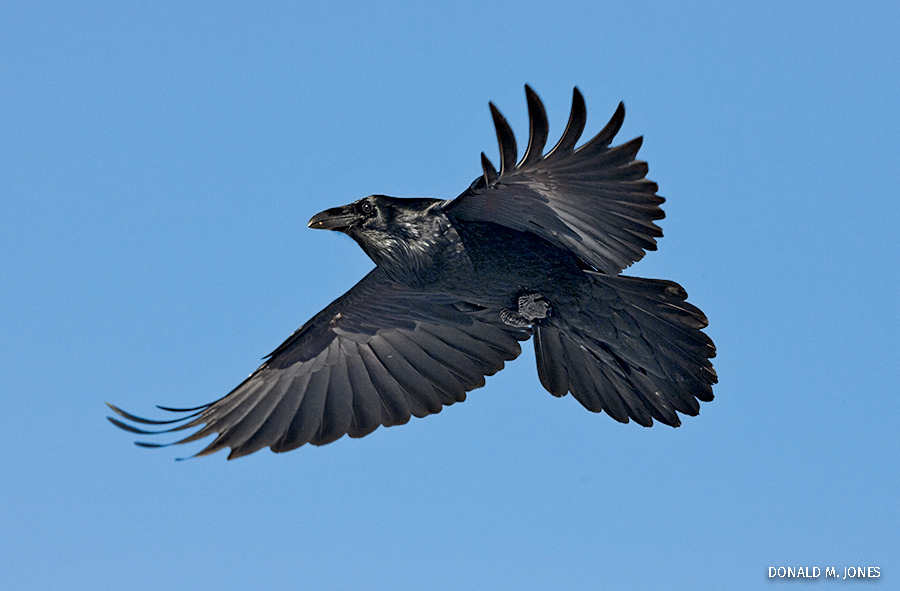 "Though I had no idea there was such a thing as a 'spark bird,' I discovered mine when I found a large black bird struggling in my yard, injured and unable to fly. I thought it was a crow, but learned it was a common raven. My wife and I started feeding it and, to our delight, it recovered. The raven continues to visit, usually at the same time in the morning. It ignores me and my wife but approaches my sons, even taking food from their hands. In that initial encounter, there was an intelligent spark in the raven's eyes that I'd never seen in a bird, and it sparked a much keener interest in birds than we had before." 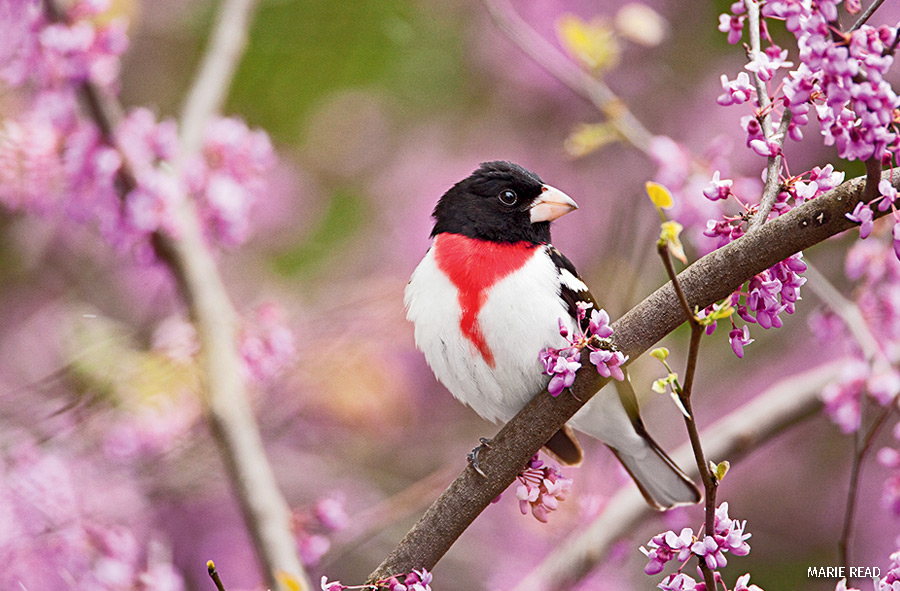 "My spark bird is, without question, the rose-breasted grosbeak. As a teenager growing up in small-town Pennsylvania, I'd watch the birds' spring and autumn visits to our backyard feeders, an experience that provided the impetus to what would become a lifelong fascination with birds. The bold white wing markings in flight—and the male's nonpareil, crimson breast—are among the most spectacular sights one can easily observe in the suburban backyard. Furthermore, these sightings gave me a visual introduction to the migratory patterns of birds in general." 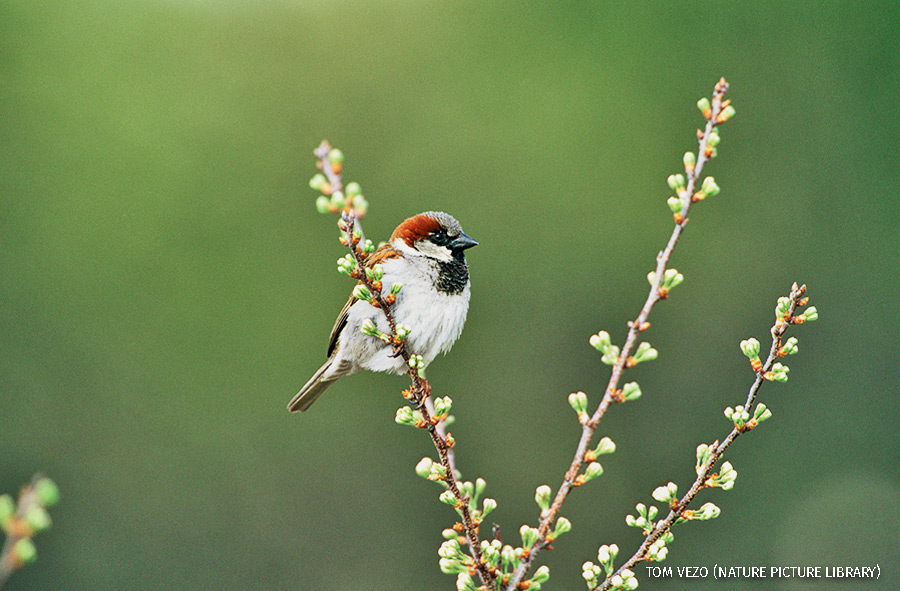 "When I moved from New York City to New Jersey in 2004, I discovered the Audubon Christmas Bird Count online. I decided to walk up and down my street to look for birds but soon realized I couldn't even identify a house sparrow, even though they are common. That made me upset enough to purchase the Peterson Field Guide to Birds of Eastern and Central North America the very next day, and I studied up on the house sparrow. I went out again and was able to correctly identify the sparrow—and that was what hooked me on birding." 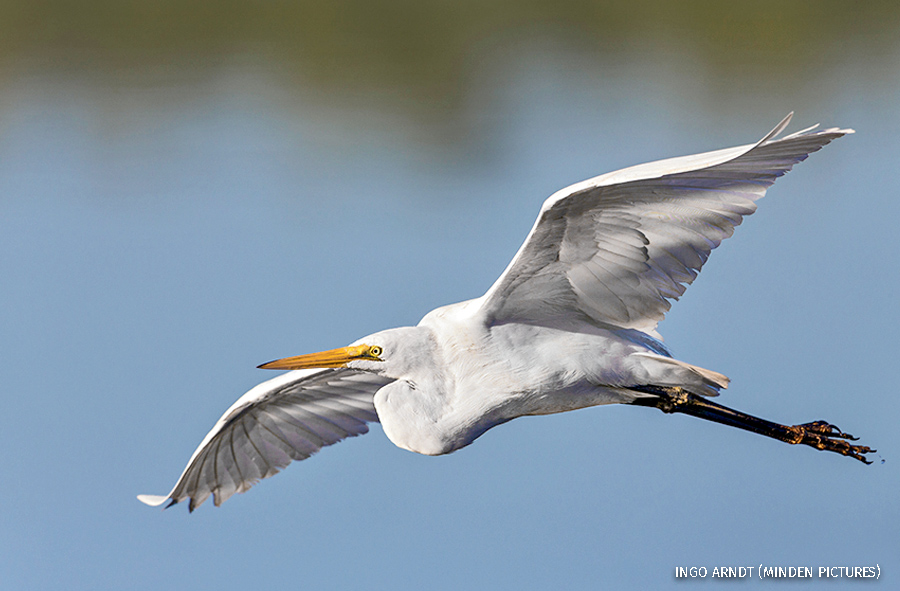 "When I started my career in conservation, someone told me about an activity called 'birding.' I was confused as to why this was a special activity that sometimes required field trips, walks, classes, binoculars or special cameras. 'Birding' sounded boring to me—until I met my spark bird on a trip to Futian Mangrove Ecological Park in Shenzhen, China. There I saw several great egrets chilling in the mangroves. I was amazed by the birds' regal appearance and calming presence. Now I am a novice birder with a pair of binoculars and a pretty cool camera." 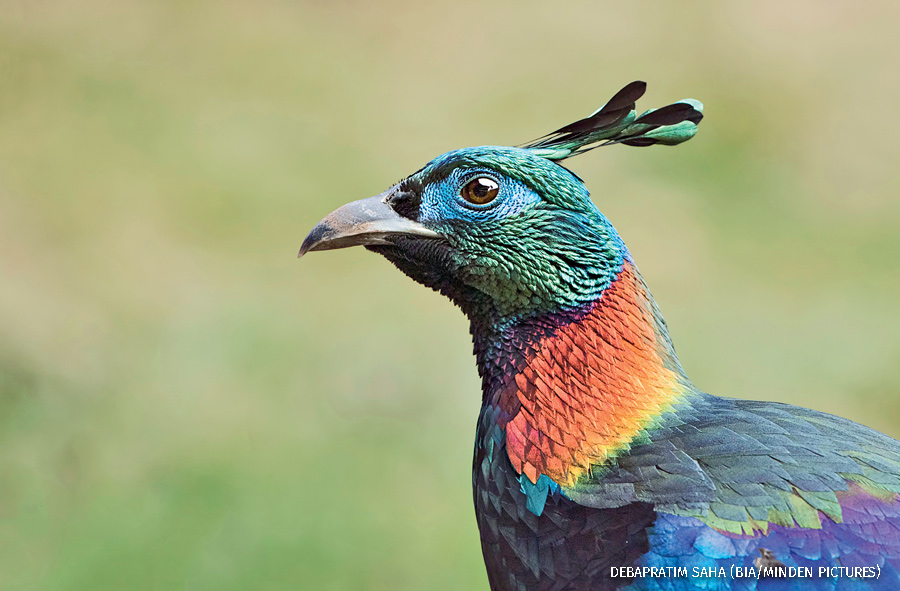 "Being a birder in India is tough, and choosing my spark bird from the more than 1,300 species found here is even tougher. If I have to choose one, it has to be the most vibrant one found in India, the Himalayan monal. The first time I saw it was in a field book, where I read that it is found in snow-clad Himalayan ranges. The first thing that came to my mind was that I will climb every mountain to get to see this beauty. Now for the past four years, I have been seeing it every year, multiple times in my guided tours. The colors, the aura of this bird is enough to make any birder drop their jaw in awe."

Jacqueline Gray Miller is a writer, business owner, college instructor and director-at-large on the Alabama Audubon Board.