The Truth About Honey Bees

Raising nonnatives does not “save the bees”—and may harm them. 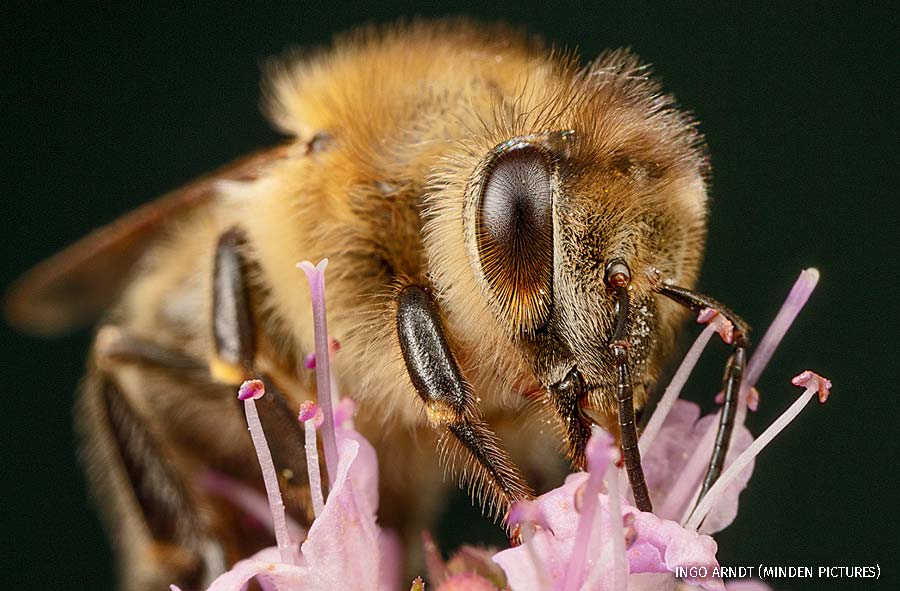 In the species’ native Germany, a honey bee drinks nectar from an oregano bloom.

AS CONCERN FOR DECLINING POLLINATORS MOUNTS, many businesses and homeowners are stepping up to help by installing honey bee hives on rooftops and in backyards across the country. But according to Scott Black, executive director of the Xerces Society for Invertebrate Conservation, “Keeping honey bees to ‘save the bees’ is like raising chickens to save birds.” 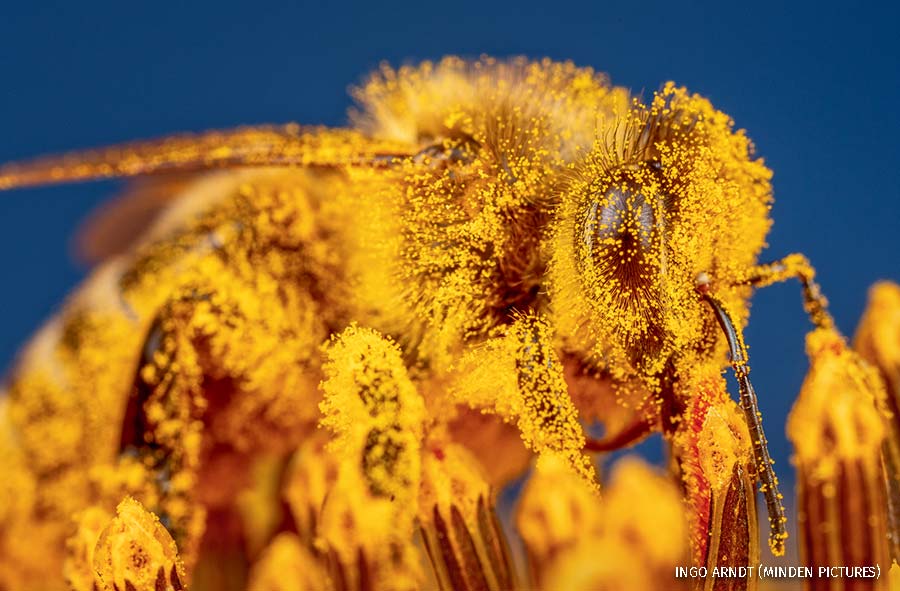 A pollen-coated honey bee feeds on a sunflower in Germany.

Colonists brought honey bees from Europe beginning in the 1620s as a source of wax and sugar. Legend has it they were known as “white man’s flies” because Native Americans often spotted the insects before the human settlers. With the advent of modern agriculture in the 1930s—when huge farms displaced habitats that housed crop-fertilizing native pollinators—“someone had the idea that you can box up honey bees and move them around the country to pollinate crops,” says Black. Today, beekeepers contribute to more than $15 billion of crop production annually.

This system has not been sustainable, however. With their hives impacted by pesticides, parasites and diseases such as colony collapse disorder, beekeepers lose more than 40 percent of their colonies each year, notes a recent survey by the nonprofit Bee Informed Partnership.

But the honey bee is hardly at risk of extinction. “There are more honey bees on the planet today than at any time in history,” says Black. Writing in Scientific American, Alison McAfee, a honey bee researcher at North Carolina State University, notes: “For some reason, maybe because they are small, honey bees are not generally viewed as the massively distributed livestock animal that they are.”

North America’s native bees, on the other hand, are in trouble—and these insects bear little resemblance to the familiar honey bee. Unlike honey bees, more than 90 percent of our nearly 4,000 native bee species live not with other bees in hives but alone in nests carved into soil, wood or hollow plant stems. Often mistaken for flies, the majority are tiny and do not have queens or produce honey. Without a hive’s larvae and food supplies to defend, “native bees almost never sting,” Mizejewski says. “Most people know close to nothing about our continent’s native bees.” 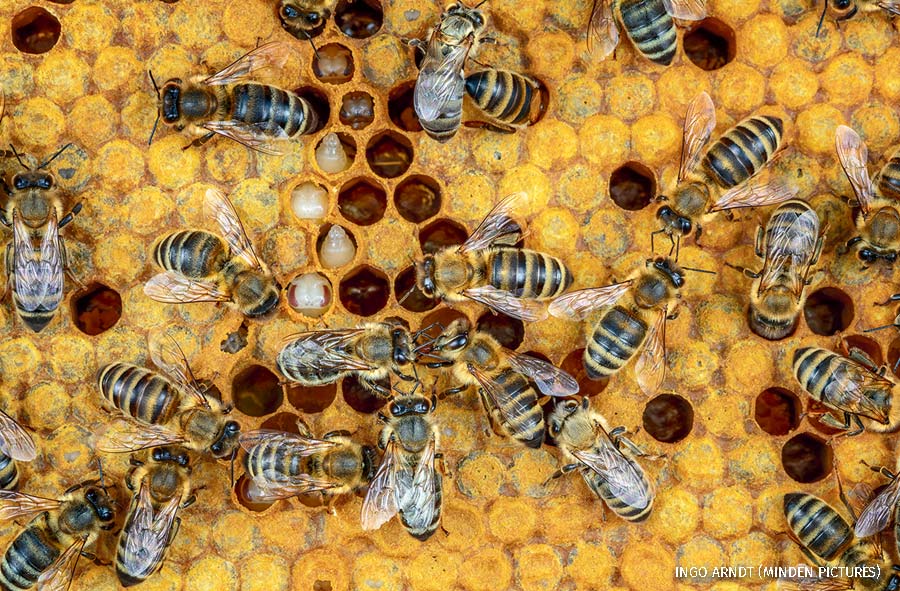 Scientists, meanwhile, know little about the population status of most indigenous bees, but the data they do have indicate that many species are declining. Of particular concern: bumble bees, which are better studied than most natives because they are commercially valuable pollinators of crops such as tomatoes. According to a 2015 analysis by the International Union for Conservation of Nature (IUCN) Bumblebee Specialist Group, 28 percent of North America’s 47 bumble bee species “face some level of extinction risk.” These include several once-common and widespread species such as the rusty patched bumble bee, federally listed as endangered in 2017.

Honey bees also carry diseases that can infect natives, including deformed wing virus and the parasite Crithidia bombi. Researchers have found that native bees near apiaries can suffer a high incidence of such illnesses.

If you want to help bees, “the most important thing to do is grow a diversity of flowering native plants that bloom throughout all seasons,” Mizejewski says. Many native bees are pollen and nectar specialists, so include plants that they need. For nesting sites, leave bare patches of soil and, if safe, fallen logs or dead trees. “Let plant stems stand through winter,” he adds, “and never use pesticides.”

Is it okay to keep one or two healthy backyard beehives if there’s enough food to go around? “Honey bees are cool,” Cane admits. If you enjoy raising them or if it’s a teaching or learning experience, go ahead. But keep in mind that “you’re doing this for yourself,” he says, “not to help bees.”

Being There for Bees »
Gardening for Pollinators »
Blog: 5 Facts About Bumble Bees—and How To Help Them »