There is no place in the world quite like America’s Everglades. These subtropical wetlands once encompassed more than three million acres, from Orlando to the Florida Keys. But today less than half of this unique ecosystem remains.

The Everglades are essential for fish and wildlife, but the system also provides enormous benefits to people, as it:

Regrettably, human actions have altered the natural flow of water throughout the Everglades. The result is an ecosystem in collapse. Since the 1800s, water diversions and flood-control projects have severed the flow of water between different parts of the Everglades, while large areas of its lands were converted to agricultural or residential areas.

The re-plumbing of the Everglades has resulted in a system where the health of critical coastal estuaries are at risk. At times, too much polluted water is pumped to both coasts from Lake Okeechobee, while too little freshwater flows south to the Everglades and Florida Bay. This unbalanced flow of water prompts outbreaks of toxic green algae that foul Florida’s beaches and damage the Caloosahatchee and St. Lucie estuaries on the east and west coasts. Meanwhile, the lack of freshwater in Florida Bay – an iconic wildlife paradise at the tip of the state – causes salinity to spike and kills seagrass beds, an important habitat that shelters and feeds the bay’s abundant fish and shellfish.

We can solve these problems by recreating natural flows of clean water south to the Everglades National Park and Florida Bay. To restore the Everglades, the National Wildlife Federation works to:

Ensure the implementation of the Comprehensive Everglades Restoration Plan

The Comprehensive Everglades Restoration Plan (CERP) was approved by Congress in 2000. It includes a suite of 68 individual components that collectively will restore, protect and preserve the resiliency of America’s Everglades for future generations. The key projects – such as reservoirs to store and treat Lake Okeechobee’s overflow and efforts to restore natural flows such as bridging the Tamiami Trail highway – will work together to achieve a lasting, comprehensive restoration for the Everglades. 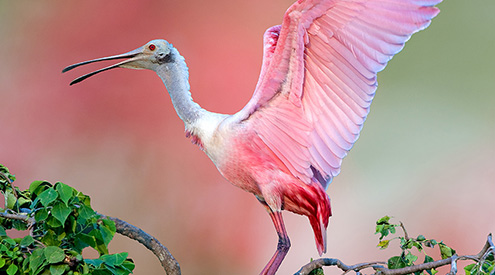 Support the creation of a reservoir in the Everglades Agricultural Area

A critical piece of restoring the Everglades is to construct a reservoir south of Lake Okeechobee. The Everglades Agricultural Area reservoir is a part of CERP that is designed to relieve the pressure on the St. Lucie and Caloosahatchee estuaries by taking up water from Lake Okeechobee that is currently damaging the east and west coasts. The reservoir will store and treat water before sending it south to the Everglades National Park and Florida Bay, where it is needed most. In 2017, the Florida Legislature passed a bill to accelerate planning and provide half the funding for the construction of a reservoir in the Everglades Agricultural Area. This proposed reservoir has slightly less capacity than the one called for in CERP, but it is an excellent first step on a long-overdue effort to send water south. There is still a long road to the construction of the reservoir and since the cost of CERP projects are split between the state and the federal government, funds still need to be approved and matched by Congress.

Elevate the voices of Americans from across the country

We work hand in hand with our affiliate, the Florida Wildlife Federation, and we utilize our Gulf outreach program Vanishing Paradise.