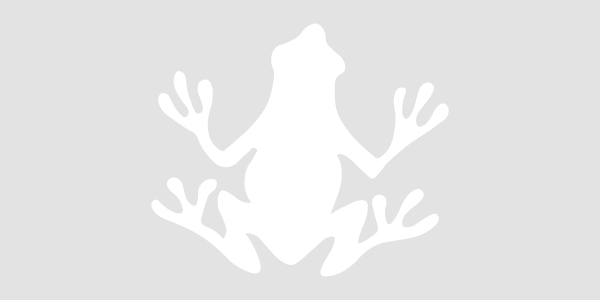 Tree frogs are a diverse family of amphibians that includes over 800 species. Not all tree frogs live in trees. Rather, the feature that unites them has to do with their feet—the last bone in their toes (called the terminal phalanx) is shaped like a claw. Tree frogs also have toe pads to help them climb and many have extra skeletal structures in their toes. Tree frogs can be a variety of colors, but most of the species found in the United States are green, gray, or brown. Some of them, like the squirrel tree frog (Hyla squirella), are chameleon-like in their ability to change color.

Tree frogs are found on every continent except Antarctica, but they’re most diverse in the tropics of the western hemisphere. About 30 species live in the United States, and over 600 can be found in South and Central America. Not surprisingly, lots of tree frogs are arboreal, meaning they live in trees. Special adaptations like toe pads and long legs aid them in climbing and jumping. Non-arboreal tree frogs find habitats in lakes and ponds or among moist ground cover.

Tree frogs are consumed by many different carnivorous animals. Mammals, reptiles, birds, and fish all eat tree frogs. Many of the frogs rely on camouflage to protect themselves from predators, and the more arboreal species escape ground-dwelling predators by hiding in trees.

Adult tree frogs are insectivores that eat flies, ants, crickets, beetles, moths, and other small invertebrates. However, as tadpoles, most of them are herbivores.

Almost all male frogs attract mates with advertisement calls. Each frog species has its own call so female frogs can listen for potential suitors of their own species. The frog call that most people are familiar with—“Ribbet!”—belongs to the Baja California tree frog (Pseudacris hypochondriaca). The ribbeting call has been incorporated into outdoor scenes of many Hollywood movies, even outside of the frog’s range.

Some frogs hatch as miniature adults. More commonly, however, tadpoles emerge from frog eggs. As tadpoles mature, they lose their tail and grow legs until they eventually reach their adult form. The lifespan of tree frogs varies among species. Some of them are long-lived, such as the Australian green tree frog (Litoria caerulea), which is often kept in captivity for upward of 15 years. Species with lifespans of less than three years are considered short-lived. North America’s gray tree frogs (Hyla versicolor and Hyla chrysoscelis) are somewhere in the middle with a lifespan of five to nine years.

Amphibians are declining worldwide and are collectively one of the most at-risk groups for extinction. They breathe through their skin, which makes them especially sensitive to environmental change. Threats to tree frogs include habitat destruction, pollution, climate change, and diseases like chytridiomycosis.

Not all members of the tree frog family Hylidae live in trees, and not all frogs that live in trees are in the hylid family.

World Association of Zoos and Aquariums