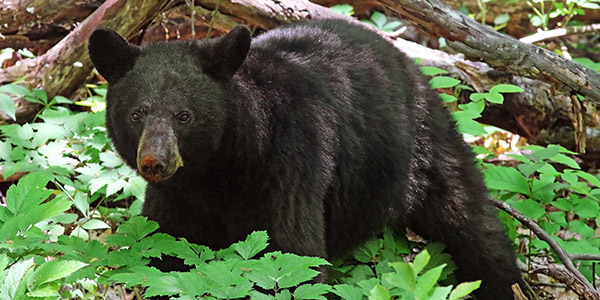 Not all black bears are black—some are brown or a rusty cinnamon color. There are also black bears with light blue-gray fur found in southeastern Alaska known as “glacier bears.” Some bears in the island archipelago in southern British Columbia even have white fur and are known as “spirit bears” by some Indigenous cultures of the region for whom these bears have cultural significance.