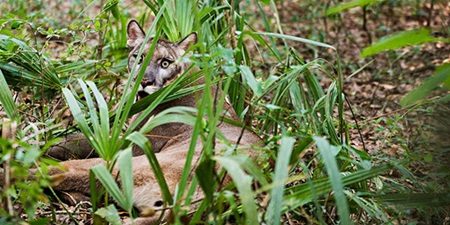 What is an "Endangered Species"?

The Endangered Species Act (ESA) was enacted by Congress in 1973. Under the ESA, the federal government has the responsibility to protect endangered species (species that are likely to become extinct throughout all or a large portion of their range), threatened species (species that are likely to become endangered in the near future), and critical habitat (areas vital to the survival of endangered or threatened species).

The Endangered Species Act has lists of protected plant and animal species both nationally and worldwide. When a species is given ESA protection, it is said to be a "listed" species. Many additional species are evaluated for possible protection under the ESA, and they are called “candidate” species.

Why We Protect Them

The Endangered Species Act is very important because it saves our native fish, plants, and other wildlife from going extinct. Once gone, they're gone forever, and there's no going back. Losing even a single species can have disastrous impacts on the rest of the ecosystem, because the effects will be felt throughout the food chain. From providing cures to deadly diseases to maintaining natural ecosystems and improving overall quality of life, the benefits of preserving threatened and endangered species are invaluable.

How a Species Gets Listed

When the U.S. Fish & Wildlife Service or the National Marine Fisheries Service is investigating the health of a species, they look at scientific data collected by local, state, and national scientists. In order to be listed as a candidate, a species has to qualify for protected status under the Endangered Species Act. Whether or not a species is listed as endangered or threatened then depends on a number of factors, including the urgency and whether adequate protections exist through other means.

When deciding whether a species should be added to the Endangered Species List, the following criteria are evaluated:

If the answer to one or more of the above questions is yes, then the species can be listed under the Endangered Species Act.

Once a species becomes listed as "threatened" or "endangered," it receives special protections by the federal government. Animals are protected from “take” and being traded or sold. A listed plant is protected if on federal property or if federal actions are involved, such as the issuing of a federal permit on private land.

The term "take" is used in the Endangered Species Act to include "harass, harm, pursue, hunt, shoot, wound, kill trap, capture, or collect, or to attempt to engage in any such conduct." The law also protects against interfering in vital breeding and behavioral activities or degrading critical habitat. 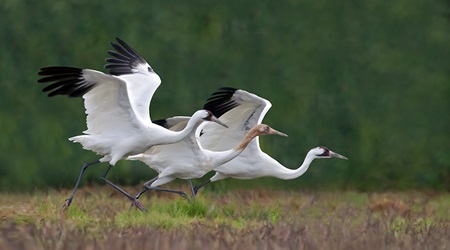 Learn about the life-saving efforts that led to celebrated comebacks.