EcoLeaders are lighting the way to solutions on campuses, in communities and beyond 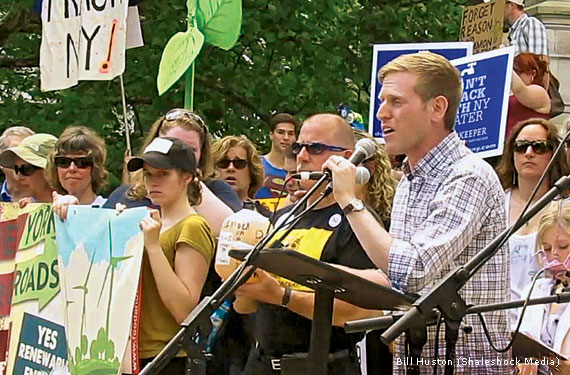 NEVER UNDERESTIMATE THE POWER OF ONE INDIVIDUAL to be not just a point of light but a spark that ignites a flame.

Julian Keniry has been such a spark. When she graduated college in 1989, she knew she “wanted to do something to help the environment,” but says she “didn’t know what.” It was like “dropping off a cliff,” she recalls. “You step out of a supportive environment and who is there to bridge that gap?”

Keniry set out to build that bridge. In 1989, she initiated the National Wildlife Federation’s Campus Ecology program to serve as a support network for students and young professionals who are passionate about the environment. The program, now directed by Keniry and supported by The Kendeda Fund and other donors, initially focused on encouraging students to reduce climate-changing carbon pollution on their campuses. Then, in 1999, it began offering Emerging Leaders Fellowships to students from all disciplines who, through innovative projects and actions, inspire others to act sustainably.

In 2014, Campus Ecology launched EcoLeaders. This unique certification program and virtual community currently connects some 1,000 students and young professionals nationwide and has online resources and workshops that serve thousands more. EcoLeaders declare a personal “ecomission,” join forums, exchange ideas and get behind-the-scenes job information. Participants can earn a certification for acquiring specific leadership skills while completing an environmental project such as building a green roof or developing ways to reduce a campus’s energy use.

“We take the environmental work they are doing on campus and translate those skills into real-life experience that they can present to prospective employers,” says EcoLeaders Senior Manager Kristy Jones.

The following are just a few of the more than 200 Campus Ecology alumni who have inspired others to act on behalf of the environment.

When Phil Aroneanu (above) became an Emerging Leaders Fellow at Vermont’s Middlebury College in 2004, he never thought he would eventually help run a global organization. His fellowship project involved creating garden fertilizer from worm-digested dining-hall scraps. But then he led other students in a successful campaign to persuade college administrators to commit to a carbon-neutral campus. Aroneanu says the fellowship taught him that “the power of movements is built on relationships.”

Soon after he graduated in 2007, Aroneanu and six fellow graduates joined author and environmentalist Bill McKibben in taking actions that eventually evolved into 350.org, a nonprofit that has built a worldwide movement working to reduce carbon pollution and combat climate change. The group helped coordinate the first International Day of Climate Action on October 24, 2009, which involved 5,000 events in more than 170 countries, and the People’s Climate March on September 21, 2014, for which some 400,000 people gathered in New York City—two of the largest actions ever taken on behalf of climate. 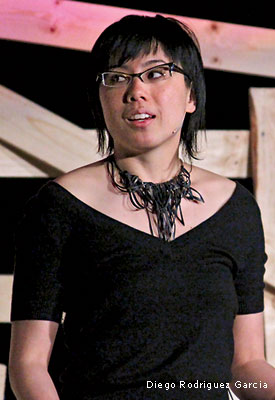 “I never spoke in class,” recalls Jessian Choy. “When the teacher would call on me, I would just turn red and not say anything.” Yet for her Emerging Leaders Fellowship in 2001, Choy got up the nerve to convince other University of California–Santa Cruz students, faculty and alumni of the need for a ballot initiative to fund a center that would green their campus. That Student Environmental Center still operates today. “This fellowship really helped me,” says Choy. “I had never started anything before.”

Now the City Toxics Reduction Specialist at the San Francisco Department of Environment, Choy helped develop SFApproved.org, a website that helps city staff, or anyone, purchase environmentally sound products. She also launched her own website—“Fun and Draconian: Tips to Trick Yourself to Be Happy, Healthy and Green”—and gave a TEDx talk in May 2013 on “magic words” that can persuade people to change. She praises EcoLeaders for enabling students to support each other’s work: “We all need to connect with each other so we can change the world together.”

As an undergraduate at the University of Illinois–Urbana-Champaign, Nishant Makhijani’s (below, far left) work as a founder of the campus’s Student Sustainability Leaders Council helped him earn his EcoLeader certification. The council’s 20 student groups share ideas and advocate for best environmental practices on campuses.

“Students usually work in silos,” Makhijani says. The EcoLeaders program was “good reaffirmation that I was not doing this alone.”

After Makhijani graduated in 2014, his university hired him to be a sustainability engagement specialist, continuing his work with the council and finding other ways to make his campus greener. “Now I often go home excited,” he says, “because I engaged dozens of people to do something about the environment that day.” 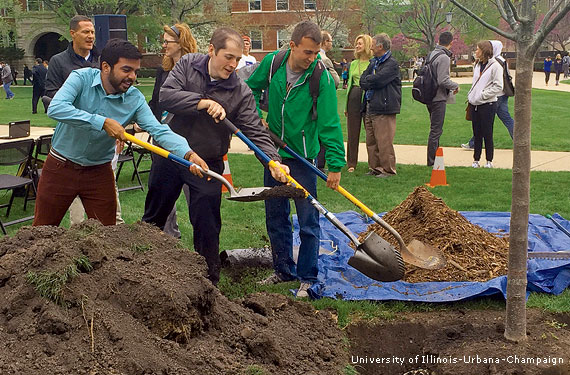 One of the most far-reaching impacts that EcoLeaders can have is inspiring those who come after them. Jomar Floyd (below, far right), NWF’s 2015 National Conservation Youth Leader Award winner and a 2014 Emerging Leaders Fellow, is a 4-H youth program specialist for Florida’s Manatee County. As a co-chair of NWF’s Emerging Leaders Council, he connects Campus Ecology alumni nationwide through webinars and regional meetings. In December, he was recruiting future EcoLeaders at the United Nations Climate Change Conference in Paris.

“As millennials, it is important that we take on leadership roles,” says Floyd. “Young people have always been part of movements. ... I am bringing more young people along the way. One candle can light many candles. You can pass the torch.” 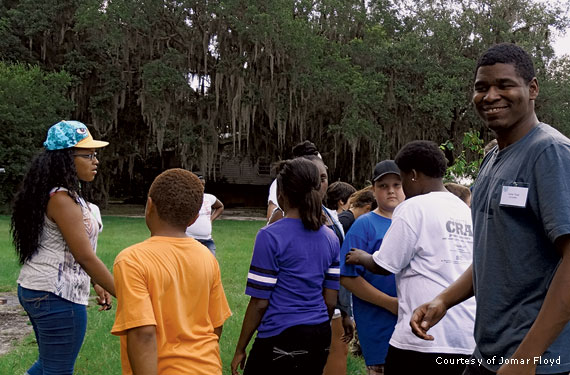