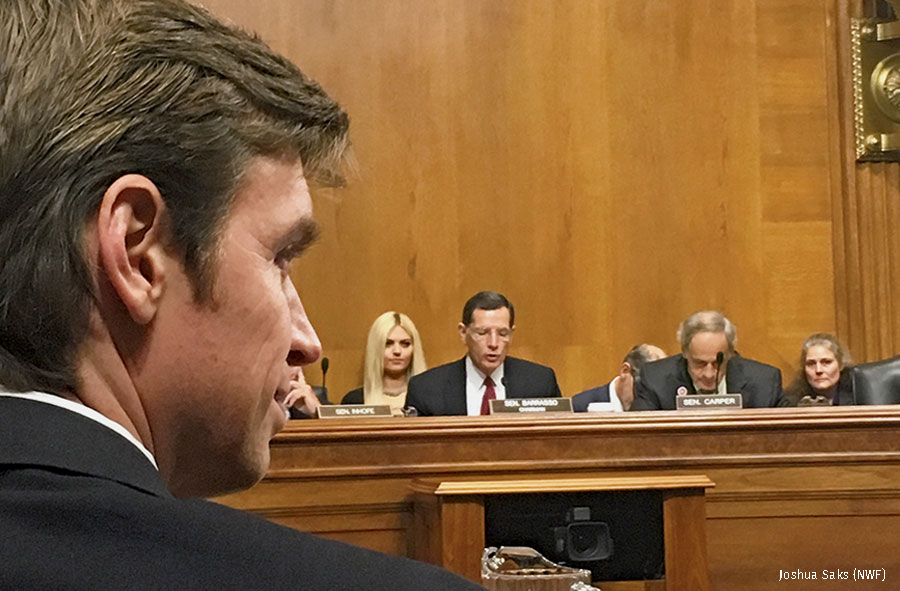 MUCH OF THE NATIONAL WILDLIFE FEDERATION'S WORK today is only possible because of the conservation successes of giants who came before us. I often harken back to the history of conservation, not out of a sense of nostalgia, but to understand what worked and why. Right now, this understanding is incredibly important because we are living in an era where conservation of our natural resources and wildlife is often pitted against economic growth through a false dichotomy that suggests that we have to choose. Yet the last century and a half proves the opposite.

In this issue, we celebrate the 150th anniversary of the Alaska Purchase and the remarkable efforts to conserve one of the last wild places on Earth. That was no easy task. William Seward was President Lincoln’s Secretary of State and architect of the Alaska Purchase. At the time it was known as “Seward’s Folly,” with some leaders questioning the use of taxpayer dollars to buy a “polar bear garden!” Today we can’t imagine America without its Last Frontier State. Several of our most iconic national parks, wildlife refuges and forests share a similar, tortured history on the path to protection.

Understanding this history is more important than ever in the current political climate. Some lawmakers are challenging long-established precedents regarding natural resources, even proposing development in some of our most sacred places. Some of this is understandable at a time when struggling communities see natural-resource extraction as a way to create economic activity, but that short-term solution could devastate the natural heritage that generates jobs, dollars and untold well-being.

Thanks to supporters like you, the National Wildlife Federation is able to make the case that we need not choose between conservation and economic growth. We are working tirelessly with Capitol Hill and the Administration to show that conservation can drive economic prosperity, while unfettered development could decimate America’s $887 billion outdoor economy and the 7.6 million jobs it creates. We are showing how active management of forests can improve habitat and reduce wildfire threats; how responsible energy development can enhance habitat corridors; and how increasing wildlife populations can create millions of jobs.

By building on the shoulders of giants, we will not only protect America’s conservation legacy, we will enhance our lands, waters and wildlife for generations to come.