NWF and affiliates' new vision to save wildlife, protecting the "birthplace of rivers" and more 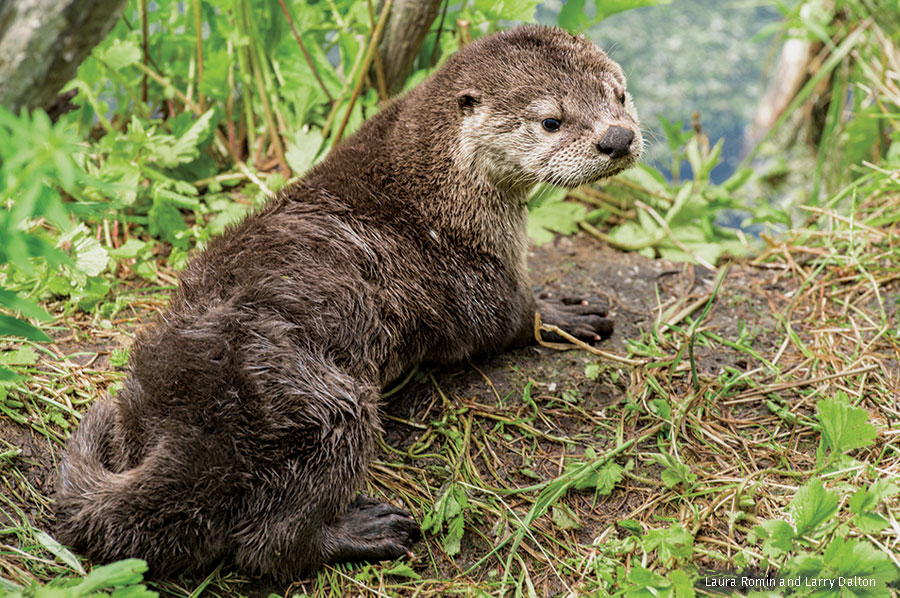 A vision to save wildlife in crisis

At its 81st annual meeting in June, the National Wildlife Federation and its 51 affiliates committed to a visionary plan to not only halt the decline of U.S. wildlife populations but to actually increase those populations during the next 30 years. A wide range of species have declined in the past four decades, from freshwater mussels, fish and frogs to common birds such as Allen’s hummingbird (below) and mammals such as moose. Scientists estimate about one-third of U.S. species are at risk of extinction.

“We can and must turn this around,” says NWF President and CEO Collin O’Mara. “But it will require efforts at a scale that matches the magnitude of the crisis.” 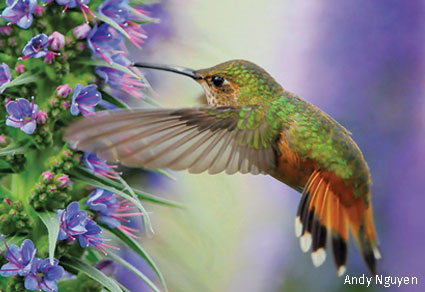 To achieve success, NWF and its affiliates will address three foundational “pillars” or areas of focus: protecting, restoring and connecting wildlife habitat; transforming wildlife conservation; and connecting Americans with wildlife. During the next four years, they will strive to secure at least $2 billion in additional federal and state funding for habitat and wildlife conservation. The plan also aims to help improve resiliency to climate change on 25 million acres of aquatic and terrestrial habitat through nature-based approaches, such as restoring beavers to drought-prone areas to build water reserves, a benefit to people and wildlife such as fish and river otters (above).

By collaborating with up to 2,500 organizations, the Federation also hopes to educate 25 million youth and inspire a “conservation army” of 11 million people to act on behalf of wildlife. Kevin Coyle, NWF vice president of education and a coauthor of the plan, says, “We are building a foundation for conserving nature so that generations will love it and want to protect it.” 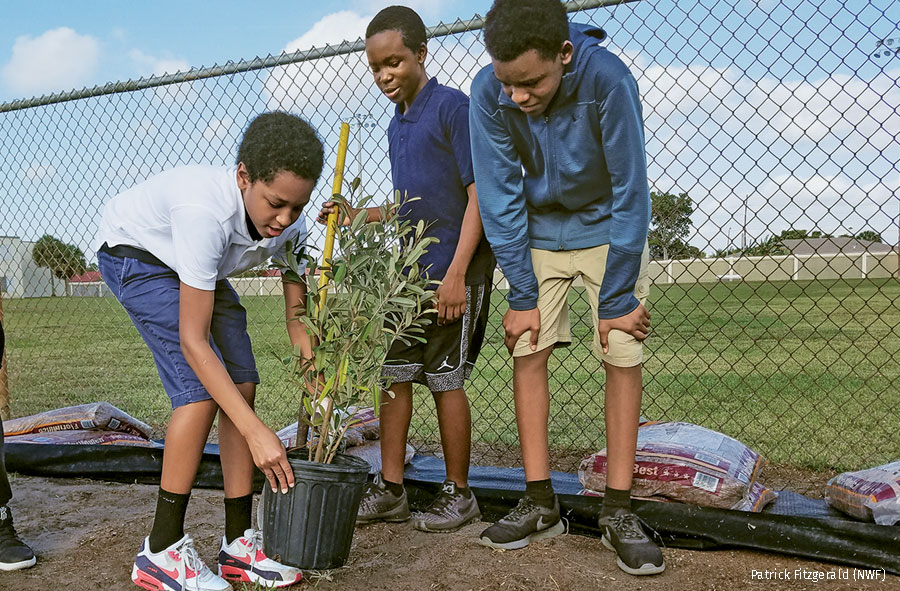 Since last fall, NWF’s Trees for Wildlife™ program has given schools, municipalities and organizations, including eight NWF affiliates, some 33,000 native saplings to plant at events across the country. At one event in May, 150 Lauderdale Lakes Middle School students and volunteers planted dozens of trees next to their school, an area currently with little canopy that might eventually be a haven for migratory birds such as the ruby-throated hummingbird. Patrick Fitzgerald, senior director of NWF’s Community Wildlife Habitat™ program, adds, “These trees will also provide shade for students, clean the air, prevent water from running off into sewer systems and serve as an outdoor learning laboratory.” 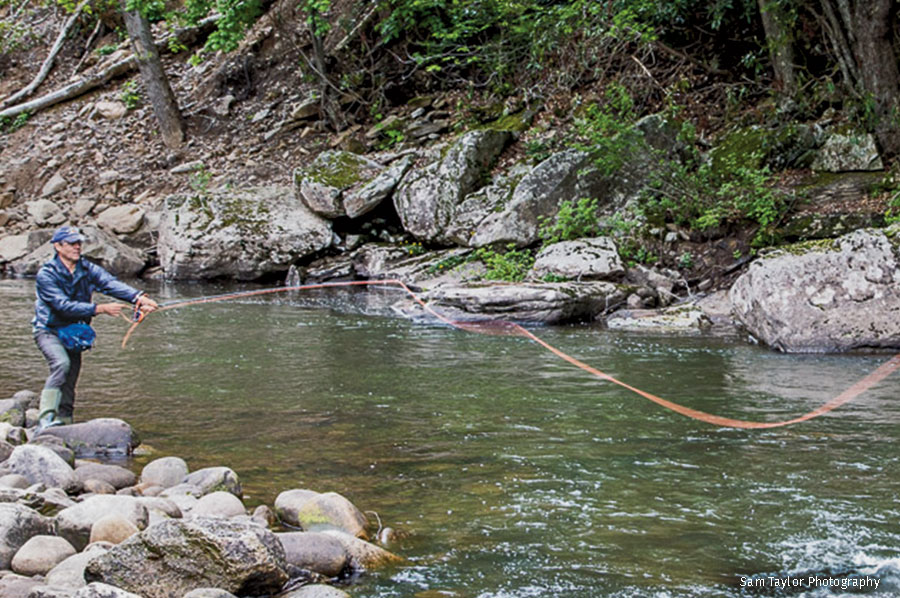 Protecting the “Birthplace of Rivers” and beyond

A handful of paddlers who wanted to keep West Virginia’s rivers and streams flowing and clean founded the West Virginia Rivers Coalition (WV Rivers) in 1990. Today, this NWF affiliate is a leading voice for these prized waters and the lands that surround them.

One of WV Rivers’ priorities is to gain national monument status for 120,000 acres in the Monongahela National Forest (above) known as the Birthplace of Rivers. Monument status would protect the headwaters of six rivers that provide drinking water to millions of people and are home to much wildlife, including most of the state’s native trout.

WV Rivers has also trained more than 100 residents to monitor water quality near gas pipelines, which can increase sedimentation in streams and rivers. Among the projects the group is tracking is the Atlantic Coast Pipeline, proposed to transect national forests and more than 400 streams in West Virginia, Virginia and North Carolina. “I don’t know how wildlife would deal with that,” says WV Rivers Executive Director Angie Rosser. “Once it is done, it is done. That forested mountain habitat will never be the same.” 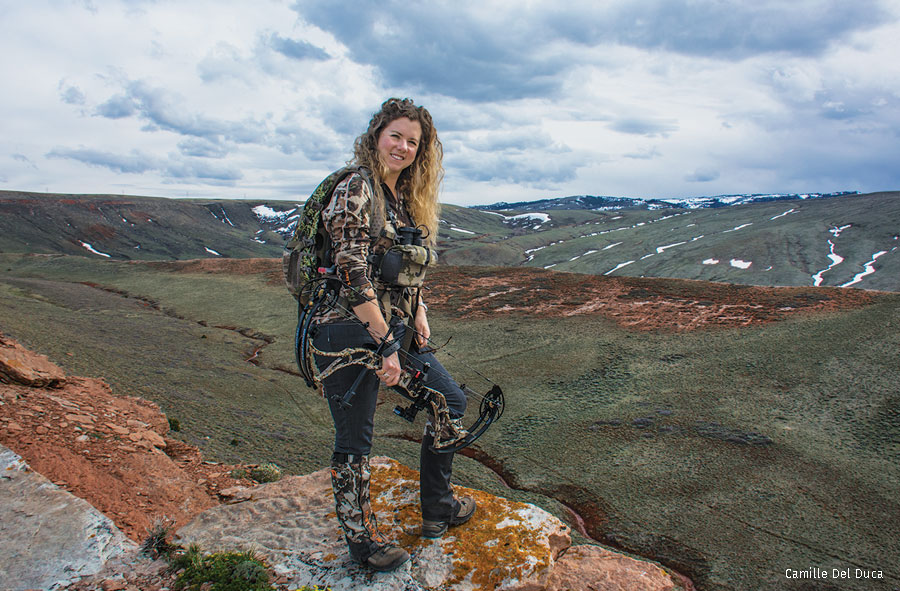 A group of women in the West is showing that when it comes to making a strong statement for conservation, camo may be the new black. In May, the group launched Artemis, an NWF program for sportswomen who want to help conserve wildlife and their habitat while promoting access to public lands. “There is no privilege without obligation,” says Artemis co-founder Jessi Johnson (above). “If we are using these public lands, then we’d better be taking care of them.”

NWF Board Member and Artemis co-founder Kathy Hadley says the program fills a void: “Hunters are more adept at understanding wildlife habitat and often are the first ones to blow the whistle if something is amiss. There are thousands of women who hunt and fish, yet our voices are rarely heard.” 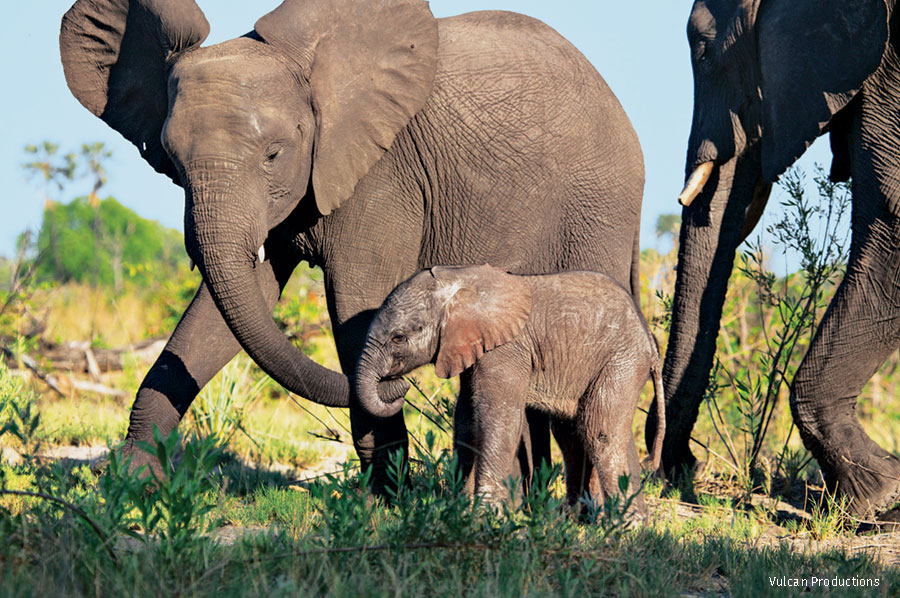 Poachers kill up to 30,000 African elephants a year for their ivory tusks, reducing some populations of these majestic animals by up to 8 percent a year. To build awareness of this crisis while energizing new generations to take action, NWF is partnering with Paul Allen’s Vulcan Productions on an exciting initiative.

On October 4, PBS Nature’s Season 36 will premier with Naledi: One Little Elephant, a Vulcan documentary about a rescued orphan and the caretakers who struggle to save her. Prior to the film’s broadcast, NWF and Vulcan launched the Every Elephant Counts Contest challenging students ages 9 to 18 to submit their best big idea about how people can help elephants. After the contest ends November 23, the first-prize winner and two guests will fly to Botswana to meet Naledi and experience an African safari.

Closer to home, NWF and its affiliate, the Conservation Council for Hawai‘i, have worked with Vulcan and other groups to help pass stronger state laws against trafficking products made from at-risk species, including elephants. “This is a historic step towards preventing further loss of critically endangered wildlife,” says Les Welsh, associate director of NWF’s Pacific Region. 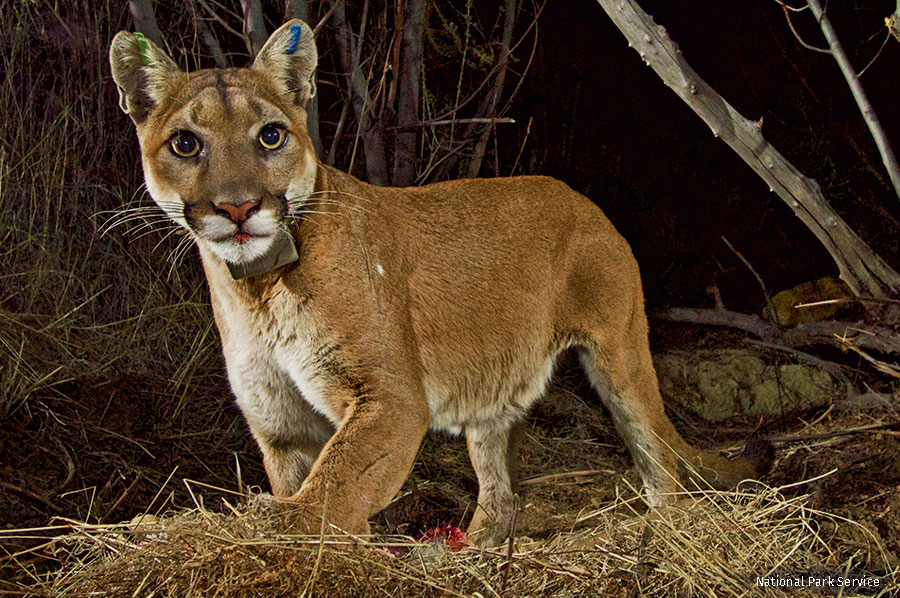 Mountain lions and other wildlife in the Santa Monica Mountains are hemmed in by highways. As part of P-22 Day and Urban Wildlife Week, October 15 to 22, NWF California Regional Executive Director Beth-Pratt-Bergstrom is showing why connected habitat is vital for wildlife. She will walk the path mountain lion P-22 might have taken across the busy 101 and 405 freeways and finish at the cat’s home in Los Angeles’ Griffith Park on October 22, NWF’s second P-22 Day. Participants can learn how to set up a wildlife camera, experience P-22’s perilous journey through virtual reality headsets and more.

“When you can almost feel what it would be like to be a mountain lion trying to cross these deadly highways, what we need to do to save this population becomes real,” says Pratt-Bergstrom. NWF is leading the #SaveLACougars campaign to build a wildlife crossing over Highway 101.